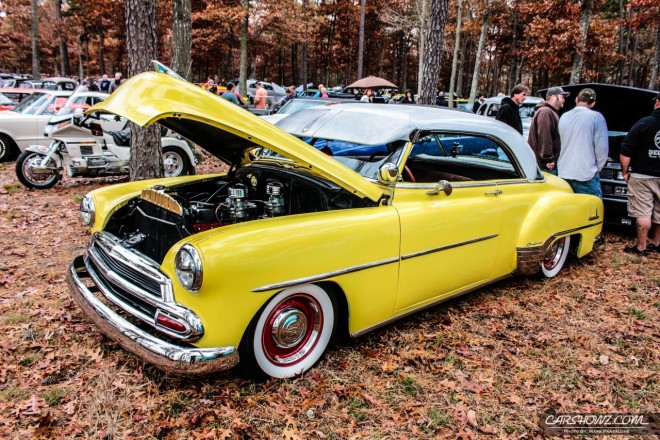 On June 17, 2017 the Flemings Pumpkin Run Facebook page posted that the time has come, the 22nd Annual Flemings Pumpkin Run Cancelled, the event has scaled beyond capacity and can no longer be hosted at the Flemings Junkyard on Zion Road. A car show that has grown over 21 years from much more than just a car show but, a gathering for families to enjoy. Egg Harbor Township and surrounding residents are struggling with the amount of traffic the show brings with just a single lane road that leads up to Flemings Auto Parts makes for a traffic nightmare during the day of the show.

Here’s what Flemings had to say about the 22nd Annual Flemings Pumpkin Run Cancelled topic via Facebook:

Of course an overwhelming response from the community and fans of the show have all chimed in and offered their help in some way to continue to show. Here is a response by Flemings to the post above:

Your response has been overwhelming!

As of today, this post has been seen by over 102,000 people, been shared over 1100 times, had 625 reactions and over 600 comments!
Harry and all the Pumpkin Run crew want to thank you for all the kind words, offers of help, and thoughts on how the show could continue.
This all illustrates how it was much more than a show, but a way for family, friends, and enthusiasts to gather to enjoy a tradition that was loved among all.
We share in your sadness, and will miss all that it had become.

Many factors went into the decision to end the show, however it will sting knowing that this first Saturday in November will be quiet on the grounds of Flemings.
Again, we want to thank you for all the shows you may have attended, and all the enthusiasm you have shown.
Our appreciation to you is endless!

“Unfortunately, despite a number of posts circulating on the internet that the show is on, the 2017 22nd Annual Fleming’s Pumpkin Run has been cancelled.”

4 days later after the above post Flemings keeps everyone’s hopes alive and suggests an alternate location for the Pumpkin Run to be hosted in Upper Township at Amanda’s Field.

If the event does happen this year in Upper Township, it would be with the full support and backing of Harry Fleming and the entire Pumpkin Run Crew!
And while it is a given that the Fleming’s Auto Parts site cannot be duplicated, we will do our best to incorporate as much as possible the “Pumpkin Run” theme into this event.

With its final approval still pending, Officials in Upper Township have given every indication of their willingness to work with Harry to make this years show a success!
We would like to thank Upper Township for their gracious offer to host this years event. Irregardless of the current circumstances that prohibit us from using the “Junkyard”, our efforts will ALWAYS be to bring the Pumpkin Run back home!

Despite a roller-coaster of emotions with the show being cancelled, then on, off, and now on again, it looks like there are plans in the works. Several people have commented and mentioned how memorable the Flemings location is, creating memories and capturing the event in the yard is not going to be the same.

To get a glimpse into what the show is about, check out Mark Pantalone’s coverage here: https://carshowz.com/flemings-pumpkin-run-2015/