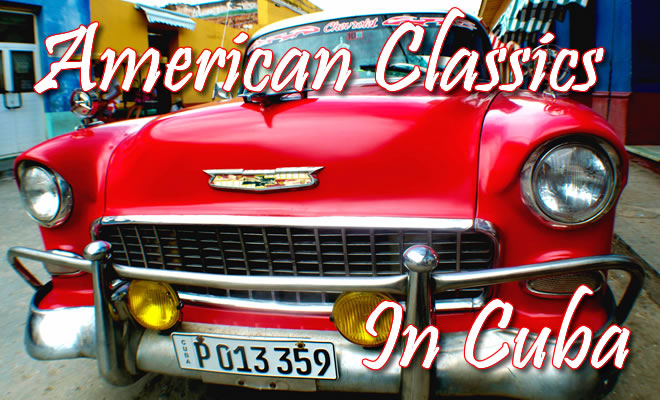 American Classic Cars in Cuba, everywhere you look is literally a rolling museum, a time capsule for American automobiles. If you want to take a step back in time and check out some cool American classic cars, Cuba is definitely the place you may want to visit, not just for the countries legendary cigars.

It is insane to think that two countries separated by only 90 miles of water, the beautiful Caribbean island paradise has been forbidden to Americans for more than 50 years. The capital, Havana, is lined with pastel houses, 1950s-era cars and Spanish-colonial architecture in the 16th-century core, Old Havana.

Lets get to the good stuff, the classic rides ranging from Oldsmobile, Chevrolet, Ford, Buick along with Chrysler (old Plymouth), almost a scene out of an old classic movie. The Cuban revolution (July 26, 1953 – January 1, 1959) lead by Fidel Castro’s socialist government took over and Cuba was isolated in one of the strictest embargo’s in the countries history. Placing a ban on all foreign vehicle imports, tools and more, which prevented Cuban citizens from purchasing brand new vehicles and parts for their existing vehicles which made it impossible to maintain the cars over the years.

In 2014 President Obama announced that the U.S. would resume diplomatic relations with Cuba. With the 2 countries patched relationship and the lifted bans, we shall now get more of a glimpse into the automotive goodness that resides in the streets of Cuba.

Top Gear (season 8, episode 10) “Cuban Pit Stop” was featured in Cuba and gave us a peek into how the citizens manage and maintain their classics and we can tell you, it’s not pretty. Mechanics throughout the island created a hodgepodge of parts and repairs to just keep the vehicles going. It is pretty amazing what can be done to keep an old classic running. Most mechanics throughout Cuba work directly out of their home garages. Fabricating o-rings from worn out fork lift tires using an old refrigerator compressor as a lathe is one example of engineering ingenuity used by the Mechanics.

According to the New York Times, in 2004 it was reported that Cuba has about 60,000 pre-1960 American cars. We can agree that Cuba is / was essentially frozen in time. Under a reform approximately 5 years ago, Cubans can buy and sell used cars from each other, but must request authorization from the government to purchase a new vehicle or second-hand one, usually a relatively modern rental car, from state retailers. As a result an old barely running pre-1960 classic may run you thousands of dollars prior to the ban.

Check out a clip from the Top Gear (US) and their visit to Cuba, aired on June 2016.

Check out some photos of some of the cool cars you will find around Cuba. 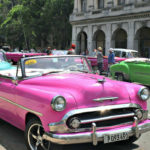 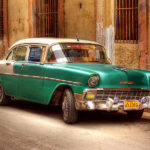 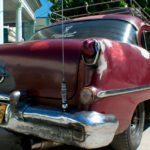 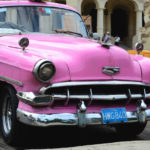 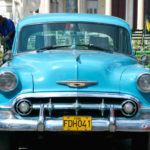 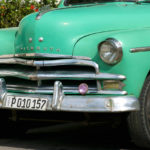 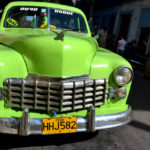 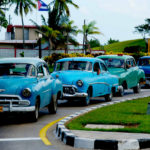 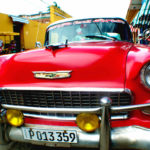 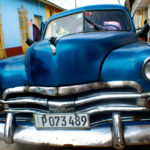 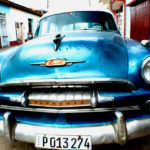 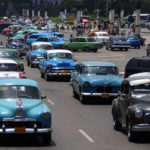 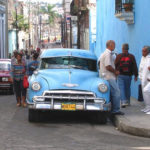 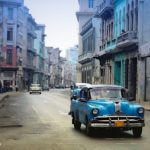 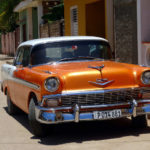 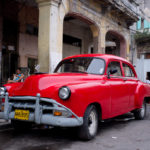 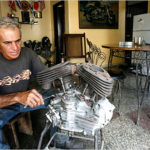 Sergio Morales working on the engine of an old Harley-Davidson motorcycle in his dining room, where he does most of his restoration work. “These engines are practically immortal,” he says. Credit Jose Goitia for The New York Times 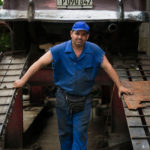 Havana mechanic Oscar Lus Rodrgiez belongs to a tradition of Cuban mechanics that piece together parts from several different brands of automobiles to keep the Cuba’s aging automobile fleet on the road. (David Albers/Staff)