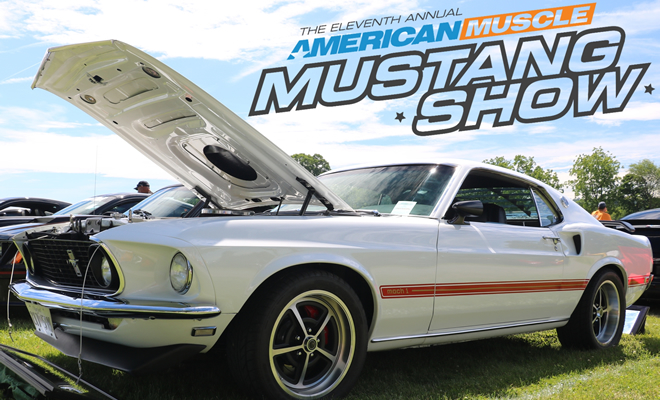 American Muscle hosted its 11th Annual American Muscle Mustang Show on Saturday June 15, 2019 at the Maple Groove Raceway in Mohnton, PA. As a new Mustang owner, I was excited about a show centered around the original pony car, and I wasn’t disappointed. First and foremost, this show is actually a fundraiser with the proceeds to benefit the Make-A-Wish® foundation. The show attracted over 3000 Mustangs ranging from stock classics to heavily modified modern models, and everything in between.

In addition to the impressive display of Mustang sheet metal on display, there was plenty to do at the show. American Muscle unveiled a 1983 Mustang that they completely restored and upgraded for Make-A-Wish® benefactor Matt Dwyer; a local teenager who had a heart transplant last year. Since the show was at a drag strip, naturally there were exhibition drag races. In addition to several Mustangs, a couple of jet cars took to the track at over 290MPH. Personally, I had never seen a drag race in person and I have to say that it was exhilarating. Other events included a burn out competition, an exhaust noise competition, and a dyno competition with Mustangs pulling over 900HP to the wheels. The AM girls were making their way around the raceway and there was an appearance by Philadelphia Eagles offensive tackle Jason Peters. If that wasn’t enough, several vendors were on site with the latest Mustang upgrades. If you own or just enjoy Mustangs, this was the place to be Saturday.

Check out some photos from the American Muscle Mustang Show below…