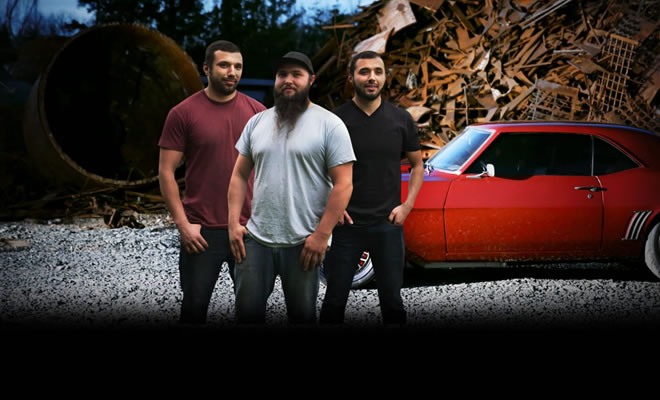 You may not know the name Leftfield Pictures, but you have probably heard of the TV series “Counting Cars” and “Pawn Stars” which are two of the top show series brought to you by Leftfield. Carspotting is a new television series premiered on the Discovery Channel which kicked off it’s first show on July 31st at 10PM ET/PT.

Entrepreneurial brothers Carlos and Pedro, coupled with their car savant and best friend Niko, are in the business of re-glorifying the holy grails of American muscle cars. The trio hunt, restore, and sell these abandoned relics in a remote region of the Pacific Northwest, a hidden region for car-hunting gurus. The experts dig around remote locations for classic cars that have been left for dead, and are determined to find the most sought after hidden cars and make huge profits doing it. (Discovery Press Web – press.discovery.com)

We checked out the first episode and while it has the same feel of the typical “car builder” type of show; find an old car, fix it up and sell it. There’s a part of me that is rooting for them to be successful. Becerra, 25, runs two businesses – Imports & Classics and Cascadia Customs. As these young entrepreneurs set out to continue to build their businesses, they are living out a dream most of us enthusiasts have. Buying an old dealership, Pioneer Ford, the location is in Lynden, Washington and making it into something.

Visit their Facebook’s page for updates and more.

Visit our blog section for more articles and stories.