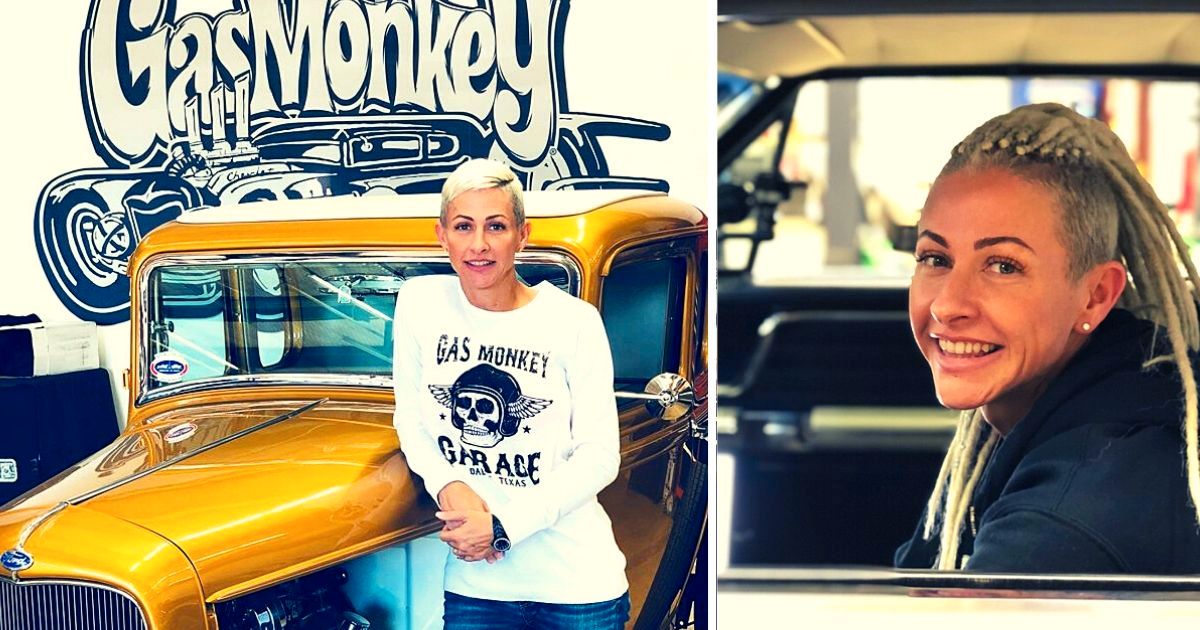 Gas Monkey Garage Christie Brimberry and Only Fans – Surfing the interwebz on my birthday and like most automotive enthusiats they follow public figures who are also involved in the automotive world. I met Christie Brimberry a couple of years back and have been a fan since watching her on Gas Monkey Garage. I came across an interesting post; more about that in a minute.

Gas Monkey Garage aired 16 Seasons with a last aired date of June 8, 2020. Richard Rawlings, the Owner of Gas Monkey has kept videos going via social media, but they are no longer airing new episodes via cable TV. Christie is an employee of Gas Monkey and has been featured on the Fast N’ Loud TV series. Fast forwarding back to Christie and what came across Facebook…

The date “7 – 4 – 21” and a photo with a sign that reads, “Only Fans”. As of today, 7/1/2021 there is 14,000+ reactions, 740 comments, 675 shares and a ton of doubt in some of the comments of the thread. Some folks were trying to put 2 and 2 together while others were able to figure it out and have doubt stating that they think Christie’s account was hacked. Christie was quick to comment that it is real with a reminder that the page is dropping July 4th.

So for ya’ll who have a Only Fans account or for those who don’t have one, I guess you are going to have to tune in to Christie’s new page.

Christie Brimberry was born on the 25th March 1972, in Dallas, Texas USA, and is a car enthusiast, and an employee of the Gas Monkey Garage, featured in the TV series “Fast N’ Loud”.  She is a cancer survivor and a bad ass strong woman. We wish her the best of luck in whatever she choses to do in her life, even Only Fans! 🙂