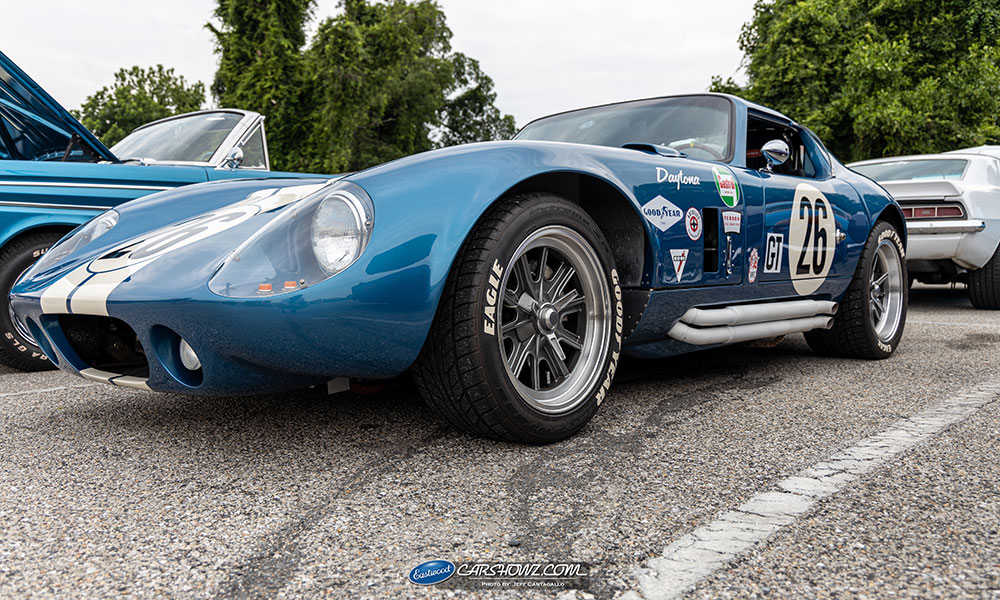 Eastwood Father’s Day Cruise 2021 – The Eastwood Pasadena Maryland store kicked off it’s first series of cruise-ins today, June 19th from 8am to 12noon. The threat of rain arriving around noonish did not stop the automotive enthusiasts from piling into the parking lot first thing in the morning. A great variety of rides from new school to old school lined the Eastwood parking lot bright and early.

It is great to see the community bringing their rides out and catching up on missed conversations about their latest mods or just simply catching up in general.

What caught my eye was a Willy’s Jeep that originated in the 60s. It was born as a farm-use only Jeep but was converted into a forestry Jeep theme by it’s new owner. The Jeep was all original, same drive-train that literally only maxes out at 35mph when cruising up and down the highway. The Owner joked about how he needed to leave early for shows to make it there on time. Not just to grab a good spot, but because the Jeep only goes 35mph.

The Jeep originally had a hard top that has since been removed only to discover that under seams left a nice line of rust where the top aligned. The Willy’s was stripped down, repaired back to original as can be to ensure it was mechanical sound for the road. Believe it or not rattle can spray paint was used to give the Willy’s a fresh new look, 30 cans to be exact with approximately another 10 cans or so to clear the paint. It’s amazing how much older parts hold up over the past 60+ years, original horn, radiator, steering pump, etc. Check out more photos of the Willy’s….

Craig Mimms, Eastwood Pasadena store Manager and team did an outstanding job hosting a great cruise-in and provided a welcoming atmosphere. Again, it was great to see everyone out with their rides and the traffic coming in and out of the store. It also doesn’t hurt to get free coffee and Danishes on a Saturday morning.

For more car show coverage, check out our gallery here.