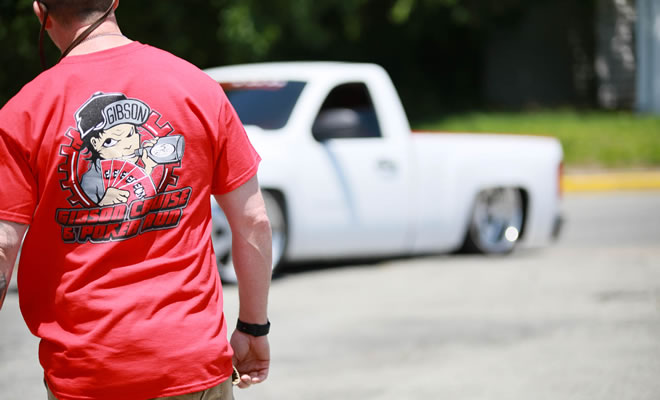 East Coast Minis lost Chris, a member of ECM who loved mini trucks and his club. In honor of Chris Gibson, the club organizes a cruise-in at 3rd Wave Brewing Co. each year. A homemade brew in Chris’ name, “The Gibson” is brewed at 3rd Wave where the club members, family and friends hangout, reminisce and drink some Gibson’s.

A family friendly environment where everyone is invited to enjoy each others company is what mini truckin’ is all about. CarShowz was invited to hangout at the Gibson Cruise 2017 this year and we were not going to pass up the opportunity. To document the day, myself, my wife Jennifer, kids and Mike Mieczkowski made the trip to film the cruise and grab some photo coverage. The video of the cruise will represent a small slice of mini truckin’ and will be presented at the Car Culture Film Festival hosted by OC Car & Truck Show in Ocean City, MD.

My entire goal of the video was to capture the story of the people who make up the mini truckin’ community. To capture the moment we interviewed a few of the East Coast Minis club members, family and friends in addition to featuring a few trucks. I’m not a videographer or a film major, but the foundation of CarShowz.com is to capture the moment and help preserve the traditions within the car and truck communities. I feel my vision for this video will help display a part of the mini truckin’ story and hopefully creating more videos is something we continue to do.

Continue Reading
Advertisement
You may also like...
Related Topics:mini trucks