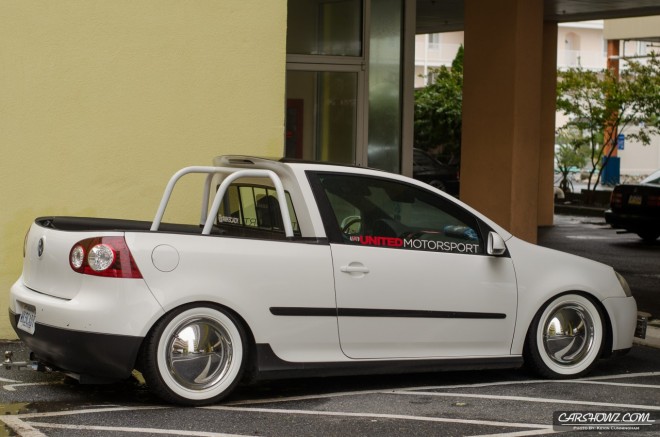 Import Week and H2Oi seem to always draw controversy when it comes down to the police versus the car enthusiasts. During Cruisin’ Ocean City (predominantly Hot Rods) you may hear of a couple of incidents here and there between the OC PD or the State Police, however unless you are a Corvette “Pulling on the Highway LIKE A BOSS << video” or a Mustang crashing, you are pretty much left alone by the police.

Ocean City Authorities need to shit or get off the pot. Either you want car enthusiasts in your town or you don’t. You are clearly discriminating when you bring in a fleet of buses to block off lots, fleets of tow-trucks to tow cars, extra police to impound and distro tickets to the import crowd. 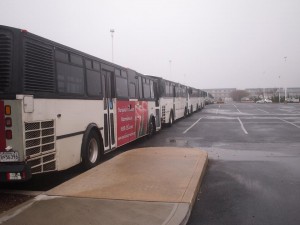 A solution – make the town more car friendly for all makes and models. For H2Oi weekend you know there are going to be a ton of people in your city. Create an environment that is car friendly and keep the Officers that are on a power trip at home. You have a ton of real-estate, design a skid pad to allow for burnout competitions. For the amount of money your town brings in during the “car weekends”, how hard would it be to bring in some jersey walls (for safety) and give the enthusiasts a burnout pit. Hell, I’m pretty sure you could afford to pave and lay down new blacktop each year (for a burnout pad) if you wanted to with the amount of money that is taken in. Work on the traffic flow and logistics of the city before the event ahead of time; work with the Presidents of the car clubs, shops, etc. Pulling people over on Coastal clogging up the highway with police and tow-trucks doesn’t make sense to me, it defeats the purpose of what you say you are trying to do in the first place, “looking out for the residents of OC.” More like collecting as much money as we can for the greedy politicians. It needs to stop!

Import weekend typically draws in a younger crowd, so you already know there is going to be high-energy which means you need to “police” differently. The issue between import week and hot rod week are the standards. Muscle cars don’t get pulled over for the same things the imports get pulled over for. Year after year you are going to continue to have the import crowd come into your city and prove a point. Unless you put a big ass bubble around OC, nothing is going to change unless the city works with the enthusiasts to make a fun safe environment for everyone.

There’s no excuse to act like an ass-hat, we all love smokey burnouts and ripping through gears, but there is a time and a place. On a crowded highway if there is a possibility you could lose control and run into a crowd of people or an on-coming vehicle, that’s not the place. It’s not worth the internet fame risking someone else’s life because you wanted to attempt to be cool or destroy property because, “you never had your car!”

Damaging property is a jackass move. I’ve personally witnessed kids throwing rocks at cars during import weekend as they were driving down Coastal. At the end of the day we all work hard to get where we want to in life. Whether you are building a car or policing the streets. I don’t see why we can’t come to a common ground and make these events fun for everyone. From a business standpoint you would think the higher-ups would do the math and realize that the local businesses could benefit by creating an environment everyone wants to be in for “all” car weekends. That includes making it safe for families to come out and enjoy the cars. As of now the environment has turned into a pissing contest between the cops, OC, and the enthusiasts and until someone steps up and says, we need to accommodate everyone, nothing is going to change.