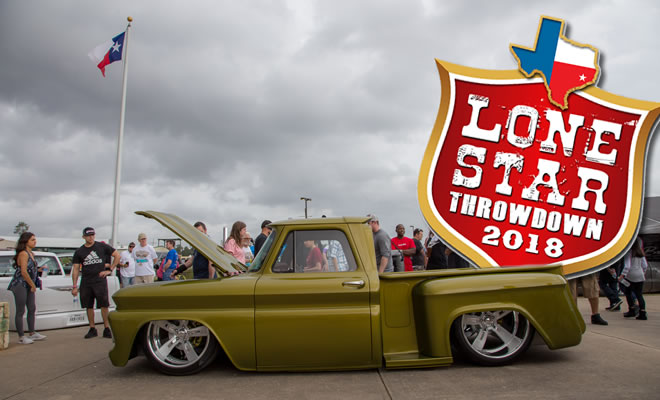 What a weekend, I wish I could just leave it at that, but this article would be boring without context. So what led up to the Lone Star Throwdown 2018 Photos / Coverage we have here? Let me tell you!

With a vehicle registration limit set to 2000 vehicles, a mark LST Show Promoters usually hit by early January and with hundreds of vendors in attendance, this is the most anticipated show of the year. The kick off of the show season and an excuse to fly down to Texas to meet up with long distance friends, check out custom rides and shop with your favorite vendors. Leading up to LST everyone was watching the weather. If social media is not already annoying enough, with the threat of rain showers, that brought out the wanna-be Weather Forecasters (via social media) to make their predictions and complain about the weekend before it was even here. I can tell you, for the die-hard show-goers and those who appreciate the year long planning it takes to host this event, a little rain was not going to scare folks away, including us.

We flew out from Baltimore and arrived in Houston early morning, we rolled out to our hotel about an hour north and got settled in, anxious to make our way to the fair grounds. We arrived around noon and started making our way through to scope out where vendors were set-up and get a glimpse of who rolled out to Conroe for the weekend. As you walk around you cannot help but think how amazing of a production it is to put on a show of this magnitude. The coordination, time, effort and energy is amazing and it goes to show that this event cares about the custom aftermarket scene.

As we made our way into the American Force Arena, it was almost a show within a show complete with several trucks, vendor booth and a DJ. Check out our photo of  the arena shared by @lonestarthrowdown post on Instagram: 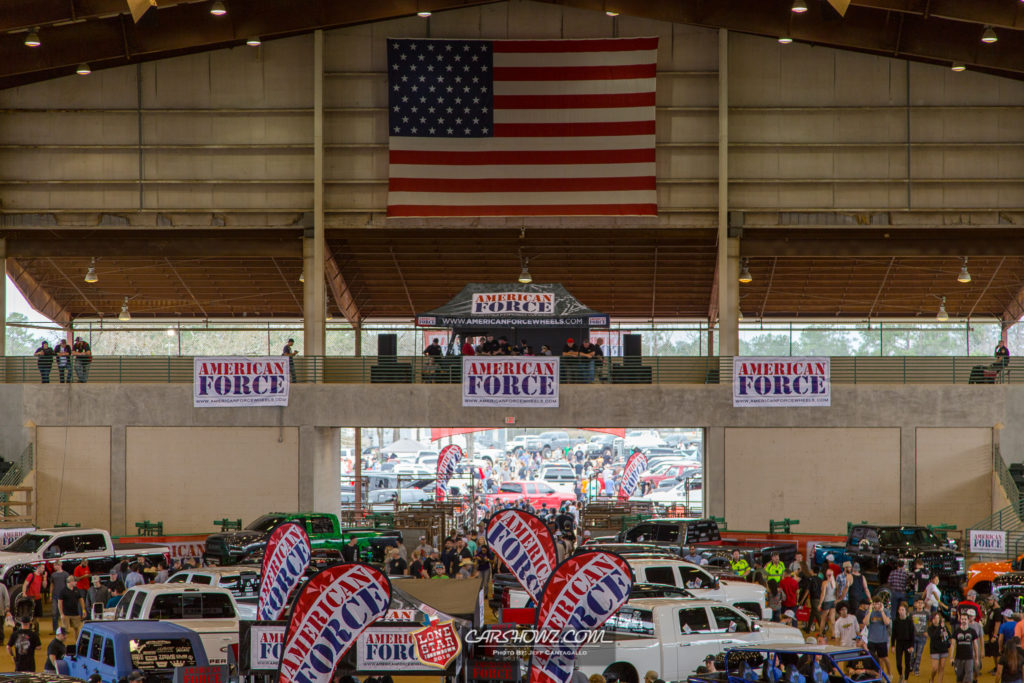 Of course the show would not be where it is if it were not for the awesome sponsors. Kicker always has a huge presence at most of the major shows across the U.S. and they were at LST with their big rig flexing their subwoofers as always. 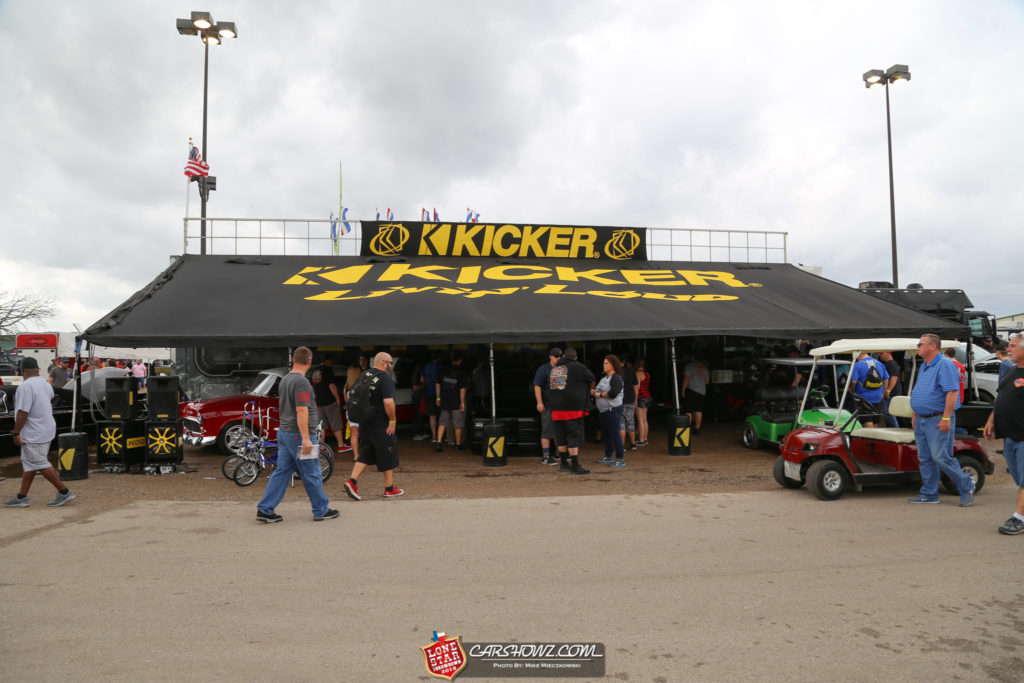 As we made our way through the fair grounds and in and out of the pavilions, Dave Schnieder’s ’65 Chevy caught my eye. As I was trying to…ummm almost stick my camera through the driver’s side window to get a better shot (not really, I know better), Dave walked up and asked if I wanted him to open it up so I can get shots, “Hell yea I do!”

Check out a few of my favorite shots from Dave’s truck. More photos will be posted a bit later… 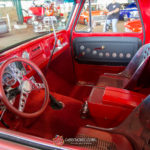 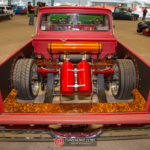 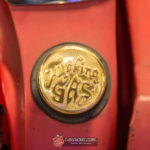 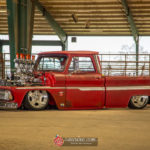 I am always overwhelmed by the level of support and the loyalty behind sponsors who ultimately become a part of the show over the years. I see that with Power Stroke Enginuities (AKA PSE Houston), they are always there to support not only Lone Star Throwdown, but their community as well! 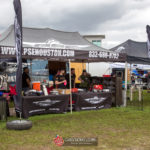 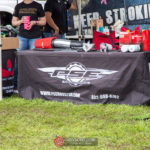 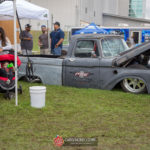 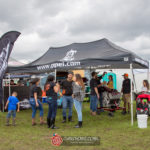 Ekstensive had a huge layout at LST and they had a steady flow of people in their booth area throughout the weekend. Let’s not forget Full Flex Customs, 20.Nine.20 Off-Road & Performance, Accuair Suspension and Alamo Customs among many other sponsors who have shown LST 2018 some love. You can check out the sponsor list here on LSTs sponsor page. LST will be sharing out additional coverage of vendor booths and sponsors via their social media channels, stay tuned.

We would like to congratulate Nick Germano with his 1968 Chevy C10. I wanted to kick myself in the a$$ when Lonnie asked us if we captured photos of Nick’s truck. Out of the thousands of photos we took, we missed Nick roll-in to the Kicker booth. When we got to the show grounds early Sunday, the rain moved in and everyone was packing up their rides. BUT, we do have a few shots of Nick’s ride we took from SEMA… 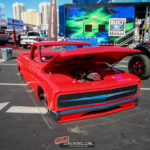 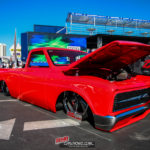 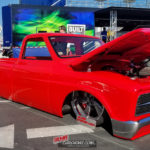 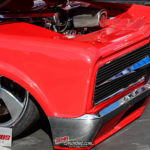 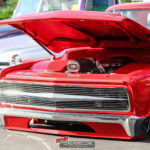 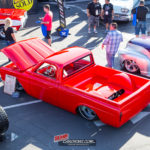 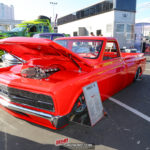 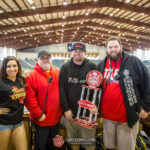 A tradition has started with the LST BOS Trophy, where the Owner treats his BAE right. I believe it started with Pascal Barone and now Nick Germano has to get on board and take care of BAE 2.0. Of course we have to give credit to Phil Cholette from Phil Built Designs who created and fabricated the amazing trophies for LST. Check out a couple of screen captures from their Instagram: 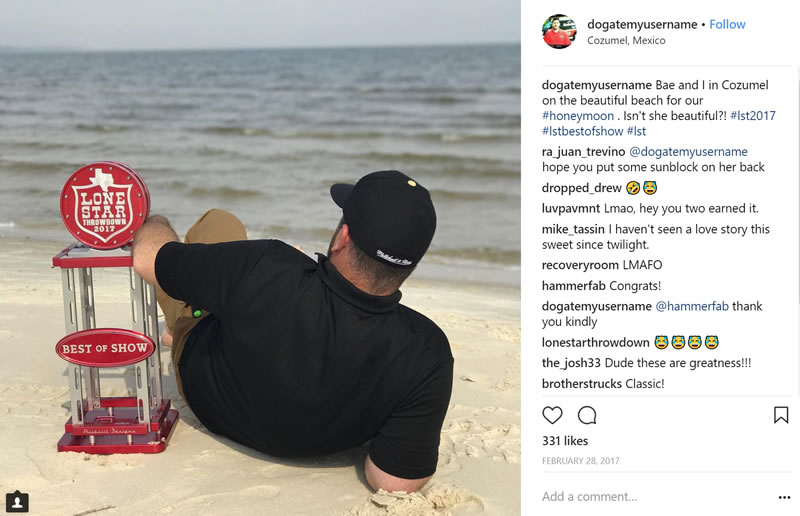 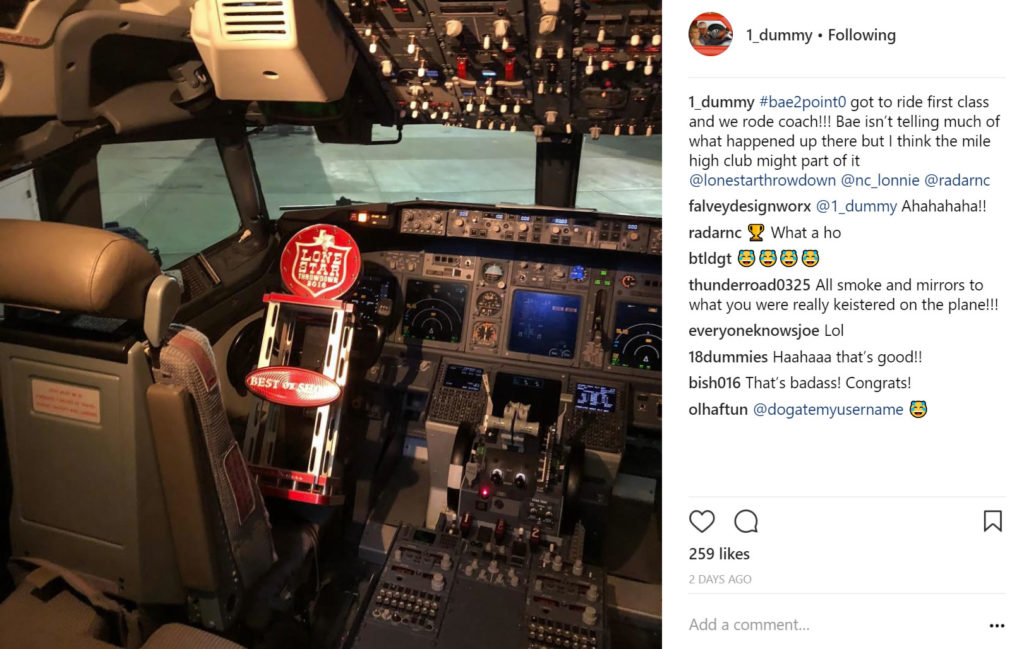 OK, so let’s get to the good stuff…myself, Mike Mieczkowski and Craig Dickerson had a blast and we did our best to capture the event. The most challenging part for us to take photos was a ton of foot traffic, but was awesome to see the support for the event. Be sure to follow Lone Star Throwdown’s Instagram (@lonestarthrowdown) as you will see a lot of our coverage and we will share a few out on our Instagram as well here @carshowz

Since there are a ton of photos, please give it a few seconds to fully load to gain access to the lightbox slider. We also had to break the coverage up into 2 parts. As mentioned, we have a ton of other photos from awards and vendor / sponsors photos. LST will be sharing them out via Instagram.