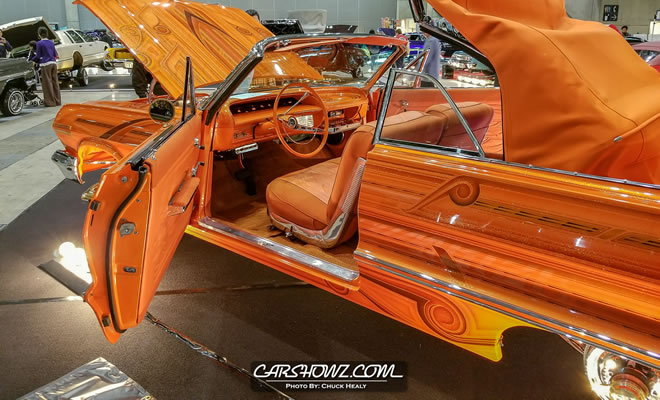 The Lowrider Super Show Japan boasted some of the most elite Lowriders throughout Tokyo Japan. With an under carriage you can eat off of, paint jobs that have literally taken thousands of hours and the most unique set-ups around the scene. The show hosted quite a display of American classics as well as the traditional hop contest.

Chuck Healy was in attendance with his camera snapping away and grabbing coverage of the event. Check out the photos below from the Lowrider Super Show Japan:

Chuck joined carshowz.com in 2020 as a Contributor providing event coverage from his residence in Japan at the time. The Japanese automotive culture is like no other when it comes to styling and customization. Chuck's coverage is a nice change of pace to our car and truck show coverage.