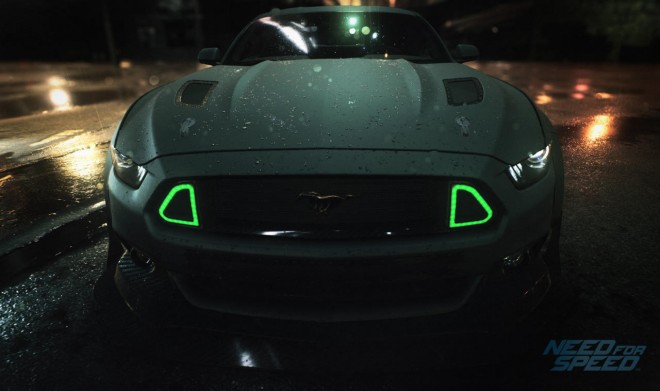 Need for Speed will launch on November 3, 2015 for the PS4 and Xbox One and bringing in five different playing modes; Outlaw, Style, Build, Speed, and Crew. I’ve always been a big fan of the Need for Speed series, especially with the free roam modes that was incorporated into some of the installments.

While exploring through six districts of Ventura Bay, the game will give you the opportunity to drive through different driving environments; wide city streets, drifting down narrow mountain roads, and ripping through gears on the highway.

Car customization has always been a huge hit with the series, everything from performance to body styling and I even see a “SpeedHunters” Tire Stickers incorporated into the Porsche’s tires…there’s no limit, just like you are customizing your own ride. Need For Speed will include the following manufacturer vehicles: Acura, BMW, Chevrolet, Dodge, Ferrari, Ford, Honda, Lamborghini, Lotus, Mazda, McLaren, Mercedes-AMG, Mitsubishi, Nissan, Porsche, Subaru, Scion, Toyota, Volkswagen, Volvo. Check out a few screen captures of the vehicles below. 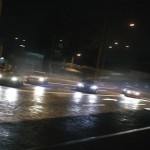 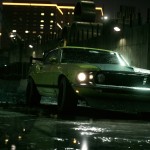 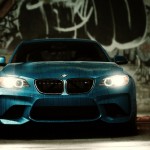 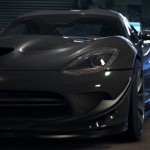 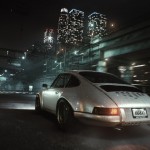 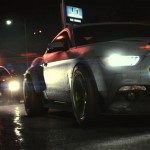 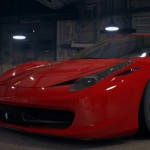 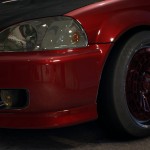 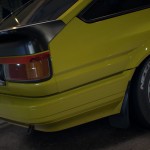 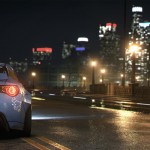 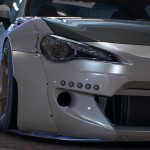 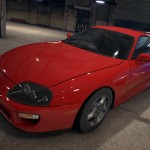 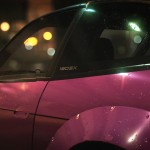 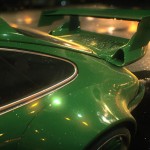 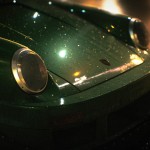 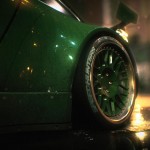 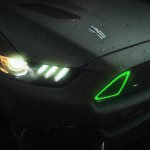 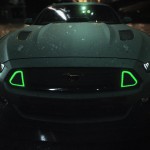 Become an Outlaw, messing with and escaping from the cops. Always looking to raise the stakes through risk vs reward driving, pushing the limits and looking over your shoulder. Live life on the edge as you crave the thrill of the chase.

Usually found prowling Tokyo’s expressways late at night in any one of his heavily modified and brightly coloured Lamborghinis, little is known about the real Shinichi Morohoshi, a man with one foot in normal society and one in the underworld. Morohoshi-san is a walking contradiction, an oxymoron caught between his love of the fastest, the loudest and the flashiest street cars in existence and a desire to keep who and what he is, to himself.

You could call Morohoshi-san many things, but subtle isn’t one of them… Nothing represents that better than his first love, a 1999 Lamborghini Diablo SV. Usually spotted on the expressways and parking areas of Tokyo in the early hours of the morning, the super-low, super-loud V12 Diablo is hard to miss, with its dazzling magenta paint, crackling straight-pipe exhaust and arsenal of lighting effects. 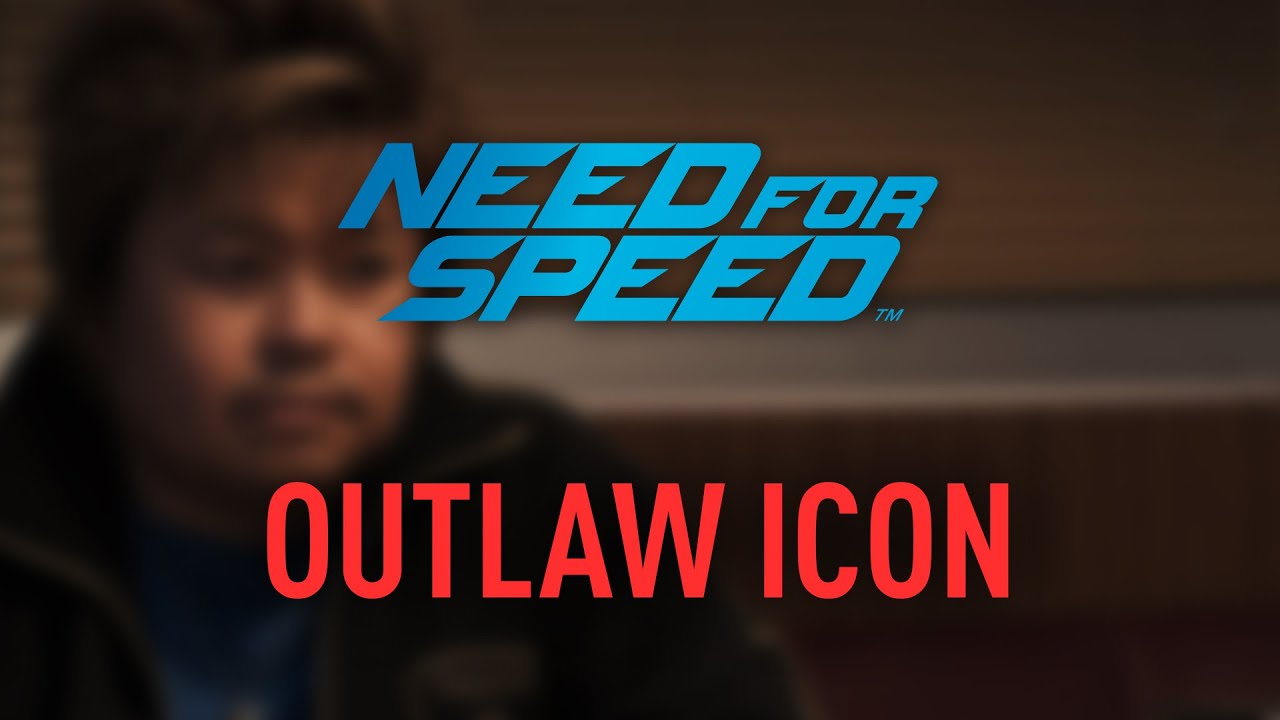 Style is pure expression through driving, sending your car into a corner sideways with ultimate precision. It’s the feeling of freedom for that split second as your tires leave the ground, when you find yourself in a place where only you and the car exist. For some, style is all that matters.

Ken Block might just be the undisputed king of the internet and has quickly become one of the most recognisable faces and names in the automotive game. Years of driving in top-tier rally, X-Games competitions and his famous Gymkhana videos watched by hundreds of millions of people around the world have honed his skills behind the wheel. Few, if any, can match his ability to throw a flame-belching car sideways with such incredible precision.

In a realm where an inch can mean the difference between worldwide fame or global ridicule, Block rules the streets.

Mustang purists look away; Ken Block’s first-gen 1965 Ford Mustang, also known as ‘The Hoonicorn’, is not exactly what you’d call period correct. An 845hp Roush Yates Ford V8 gulps down air through eight individual throttles reaching through the hood as it sends 845 horsepower to all four wheels via a custom six-speed sequential dogbox and all-wheel drive driveline. Custom built from the ground up and created for slaying tyres and not much else, simply put, the Hoonicorn is the automotive embodiment of pure, unadulterated terror. 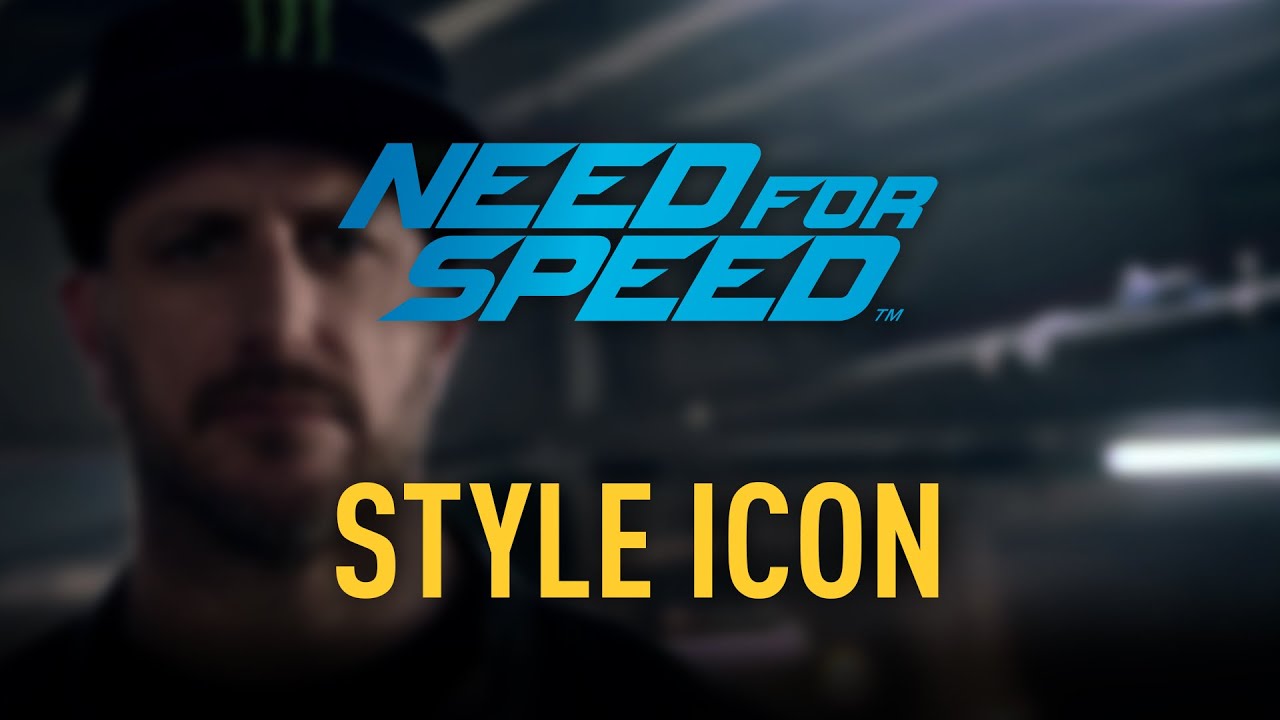 Build is where you take your car to the extreme through both visual and performance modification. The constant need to improve and personalize, shaping the car to your own vision. Craftsmen build, searching for perfection.

Akira Nakai is a true automotive artist, an artisan builder who uses feel, emotion and nuance to build some of the world’s wildest Porsches. Based out of a small shop in the back blocks of rural Chiba, near Tokyo, Nakai-san has taken his long-running Rauh Welt Begriff brand of Porsche tuning to the world, and now spends much of his time travelling across the globe, building super-aggressive cars for an almost cult-like following of customers.

Nakai-san of Japan’s RWB builds beautiful cars, but his 1974 Porsche 911 ‘Stella Artois’ isn’t one of them. This brutal matte-black fighter is the first Porsche that Nakai-san ever owned, and over the years he has slowly shaped it into a dark, brooding and complete monster of a ride. This famous 911 has long been known for its flame spitting gear changes, eyeball-bursting corner speed and an exhaust note that sounds more like a tank than a luxury sports car. Stella Artois is an impressive animal, as long as you have the skill to tame it. 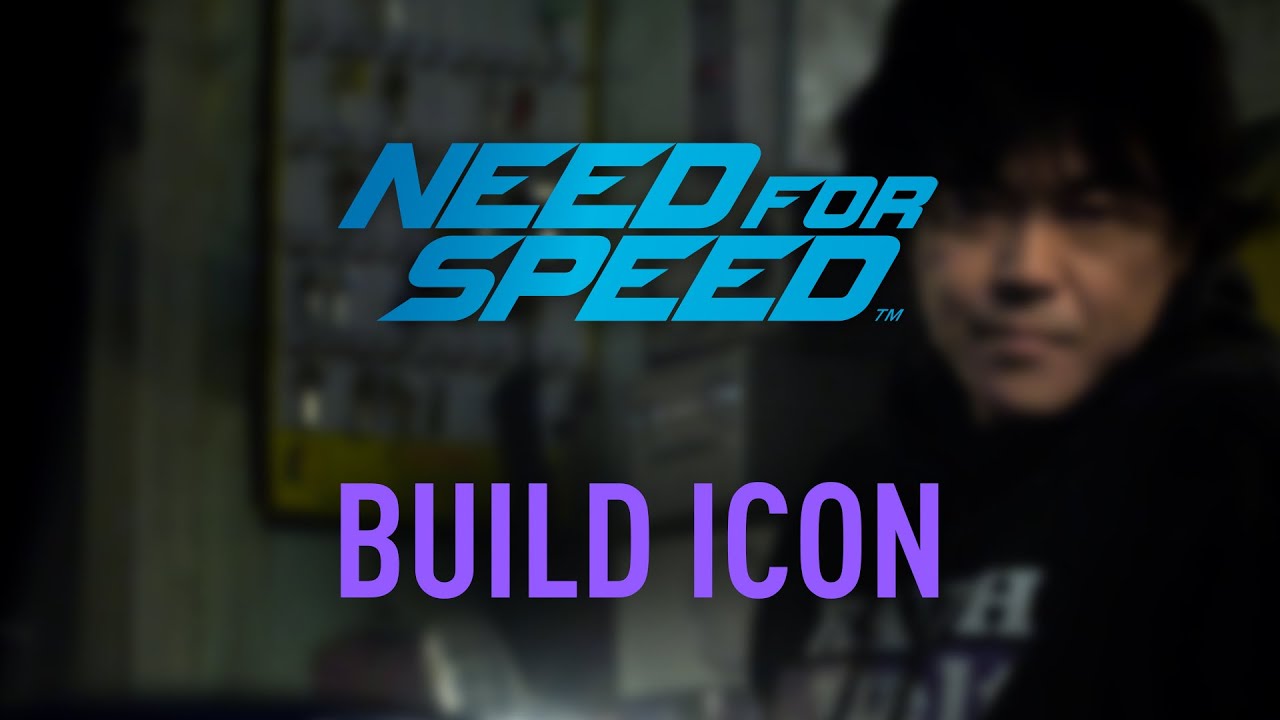 Speed is the connection that exists between car and driver that is only present at top speeds. It’s about keeping your nerve and never lifting off the gas. It’s about the adrenaline rush of taking a corner at high speed, having faith that your car will hold firm and not lose grip. The fearless always push the limits.

Although no single person can be credited with the rise in popularity of the air-cooled Porsche, the enigmatic 911 fanatic Magnus Walker has definitely played his part.

One of the most recognisable characters in the automotive world, not just for the dreadlocks and majestic beard, but the accompanying roar of a turbocharged flat-six cylinder howling through the open exhausts of a Porsche “Widowmaker” 930 Turbo.

Magnus may collect and modify classic Porsches, but he’s never been afraid to get out and push them as far as he can on the mean city streets and canyon roads of Los Angeles.

Magnus Walker’s 1971 Porsche 911 is a true classic, but it’s far from being a precious show pony; this car gets used and abused in the best way possible. The ‘277’, as it is commonly known, is a raw, visceral, canyon-carving screamer that strikes a perfect balance between weight, handling, braking and power. This naturally-aspirated boxer-powered street brawler has seen its fair share of battles and the scrapes, chipped paint and blemishes show it. If ever there was a perfect car to represent its owner, the howling 277 is it. 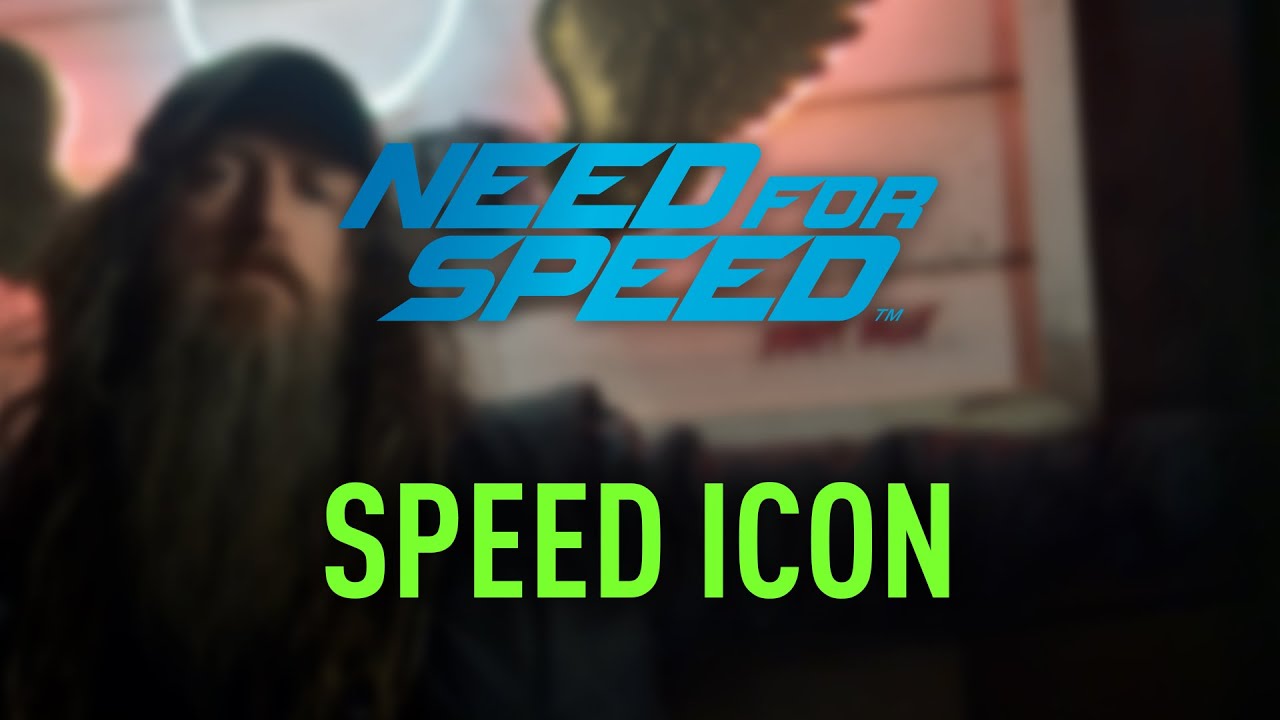 Ride together with your Crew and never hit the streets alone. Put your faith in others as bumpers come within inches of one another. This is the skill of close proximity chaos.

Since 2007, one name has been synonymous with the underground street drifting scene in Chicago; Risky Devil.  Fish, AJ, Cook, Stevo and T2 are drivers of some of the most badass, tyre-incinerating and envy-inducing street sliders found anywhere, this crew has long been running the midnight streets in this part of the world.

Always coating their machines in a violent shade of blood red, Risky Devil has constantly pushed the boundaries to the absolute limit in search of perfect form, both when it comes to driving and their VIP-inspired, spark-throwing style.

In an era of safe, predictable and boring automobiles, the Subaru BRZ and its Toyota counterpart are the nimble, fun, rear-wheel-drive toys that the world desperately needs. An automotive blank canvas, the BRZ is made for modification, and few modify it better than the Risky Devil crew. They’ve taken this fun little sports car to the next level, with super-wide Rocket Bunny haunches, AirLift suspension and a whining supercharger under the hood. Simple, clean and built to drift, the Risky Devil BRZ is ready for battle. 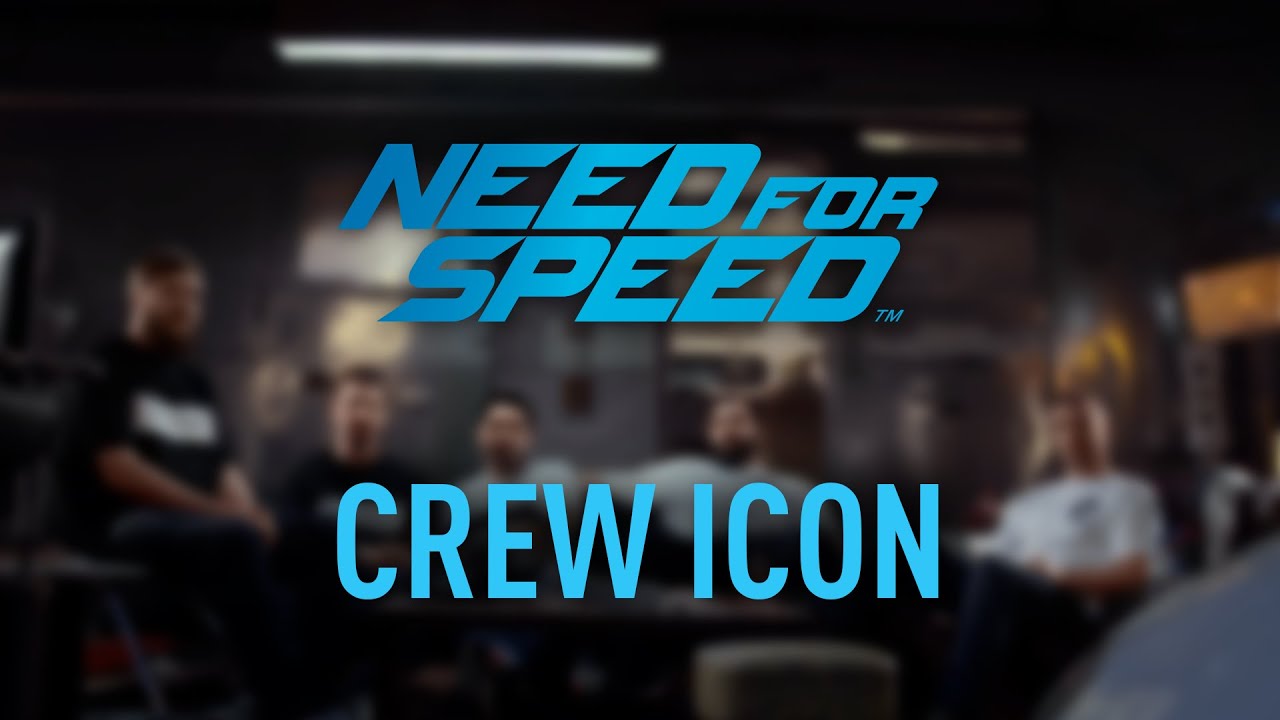