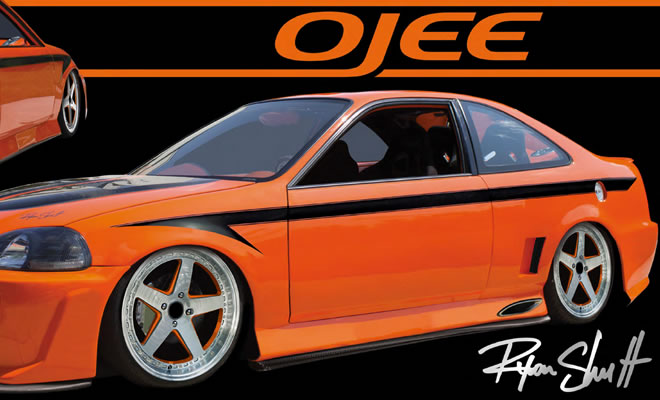 There becomes a point in our lives as we grow old and become more mature, a realization sets in. All of the life lessons and experiences that have helped us get to this phase in our lives and your ideas over time have finally come to fruition. The motivation is indescribable, the plan begins to come together, a team is formed and the Ojee Civic SEMA 2018 build is born. What is an “Ojee” and why does a Civic have business being at SEMA?

Let me rewind a bit and give you some history. Ryan Shutt has established himself as a car builder within the import industry by developing a relationship early-on in his career with Honda Motor Company. Building several vehicles for SEMA in the past and touring the country with his builds, Shutt has made his mark, but that is not the end of his legacy. In addition to winning the Dunlop Maxxed-Out Award back to back at SEMA from 2004 to 2006, Shutt has won Best of Show “Full Custom” at the Baltimore World of Wheels in 2005. The FIRST TIME in 40 years an import car has won the World of Wheels highest honor.

Ryan’s builds have been featured in over 18 magazines with 3 cover features. I think it is pretty clear that this is not Shutt’s first rodeo, while having a very successful run at building vehicles for manufacturers and having a winning representation for his sponsors, why stop there? While contemplating whether he should make a return to the scene, Shutt got his second wind, made a few phone calls and gathered up the “Ojee” team and is making a come back. 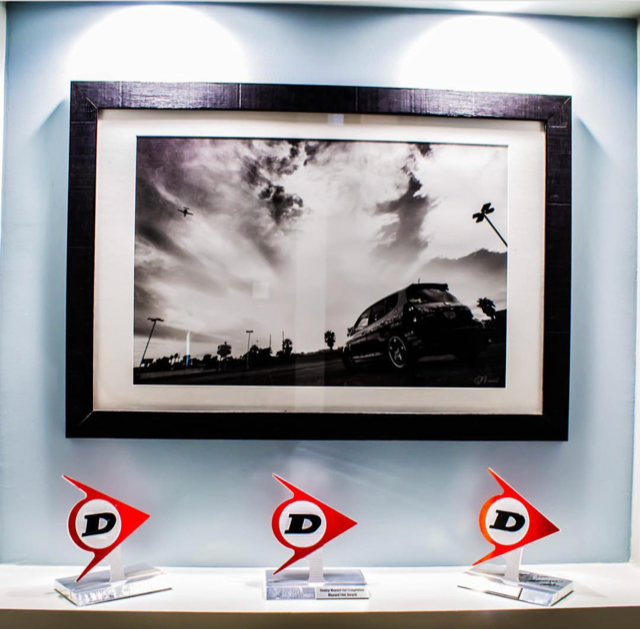 Dunlop Maxxed-Out Award (SEMA) – Ryan Shutt Back to Back Winner

This come back is not just any come back, it is a mission to represent the East Coast businesses, family and friends who have supported Shutt over the years. How perfect would it be to debut this build at the 2018 SEMA Show?! Some may ask why, why a Civic? To me that adds to the challenge, most will say its an impossible achievement and I would also ask the following question. Is there adequate representation of imports at the SEMA Show? I would personally say, “no”, I know some would argue that answer, with a few known import builders making their presence known at SEMA, while walking around the venue, there are only a few imports that stand out and will truly qualify as a full show build. Hot Rods, Classics, Trucks, Resto Mods by far trump any and all genres represented at the Super Bowl of all car shows.

So coming into SEMA 2018, that gives Shutt motivation to make his mark this year and to continue to build on to his legacy and to continue represent the East Coast Car Builders. Shutt is working with local shops in the area and is using this build to showcase the work of those who have helped him over the years. This is also an opportunity for Ryan Shutt and his Ojee Civic build team to educate the young up-and-coming enthusiasts and to show them the process of building a well-rounded show vehicle.

We took the time to ask Ryan Shutt a few questions, about his history and what his plans are for the future with Ojee Civic. Here is what he had to say…

CarShowZ: You have a lot of history of building vehicles for manufactures and you are no stranger to SEMA. Can you give us a glimpse into your history and what vehicle builds you have been involved in the years past?

Ryan Shutt: In 2002, I bought a green 1997 Honda Civic, I intended for it to be my daily driver. After attending several shows with the green civic, I decided I wanted to build a show car. I put together a team and debuted the finished product in 2003.

The car toured all over the east coast and gained a ton of media exposure due to its unique design. While attending a show in Daytona, the car was shot for a feature in Performance Auto Sound (PAS) magazine. After PAS mag, we toured some additional shows and happened to catch the attention of the Editor for HCI magazine, who asked to shoot the car for a cover feature.

In 2005, Netimi showcased the car in their booth at The SEMA show. While at The SEMA show, the car caught the attention of representatives at Honda Corporate. The relationship with Honda Corporate grew and I was asked to build a SEMA show car in 2006 which happened to be a pre-release 2 door Honda Civic coupe that was displayed in Honda North America’s SEMA show booth. That car toured with Honda and Circuit City the following year.

As the Civic coupe was on tour, Honda asked me to build a 2007 Honda Fit for release at SEMA 2007. During this time, my ’97 Civic was retired and put into storage. The 2007 Fit toured with Honda and Polk Audio after it debuted at The SEMA show.

In 2008, I had the opportunity to be the first person to have two cars in the Honda North America booth at The SEMA show (the Civic coupe and the Fit).

In 2009, I built a 2009 Honda Pilot that debuted at The SEMA show, once again the vehicle was displayed in the Honda North America booth. I treasure that time and am grateful for the relationships I had the opportunity to build over those years. 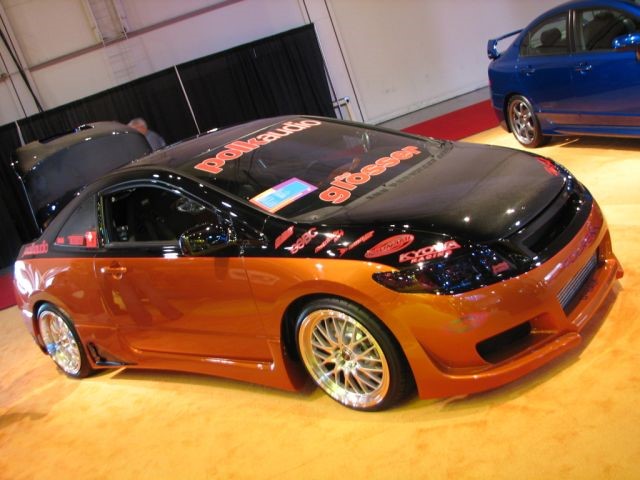 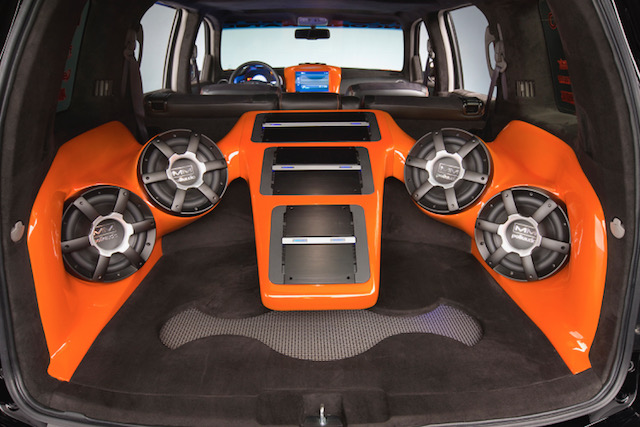 CZ: With such a tremendous history and making your mark within the import scene, why build another vehicle now? What is your goal and what message do you want to convey to fellow enthusiasts and to your fans?

From 2009 to 2017, I was busy with life, out of the scene as a builder, and building my business. After moving the car from storage and getting together with the guys, we decided to shake it up and rebuild the “ole orange”.

The industry has shifted since my time and there are some noticeable gaps. Rather than following the trends today, I want to bring out another fully customized vehicle merging hot rod and import. I’m not one to be afraid of doing things differently, thinking outside of the box, or doing something someone told me wouldn’t work, so my message to other car enthusiast is, “build what you like, don’t be afraid of what the haters will say, and enjoy every minute.

CZ: Let’s talk a bit about your build team. The friends and family who are supporting this build. Your social media name Ojee Civic says a lot, as if you are bringing back the “Old Gangsta” team back together. Describe the name and what that means to our viewers and who your build partners are.

First, I’d like to thank everyone including sponsors, friends, family, and most importantly the build teams from my past projects. Without all of their support I’m sure I wouldn’t be where I am today. Over the years, I have realized how important the term “team” is.

After 9 years, there are a number of guys who still choose to sit around with me in the garage and talk cars. We chose the Ojee name because of the cars history and I’m an old Honda builder. Wanting to bring back an old flair to the new scene. I’ll give a shout out to the current team thus far: John @ Speedesign, Shawn @ SS Designs MD, Trevor @ Rebelmedia, John, Jamie, Paul @ Sudden Impact Collision, Jeremy @Pepboys Speed Shop, and Matt @ downtime designs.

CZ: Describe the differences between building a vehicle now compared to the last time you built a SEMA vehicle. From the interaction with sponsors to the aftermarket scene in general.

Building a vehicle now is a different ball game, so to say. For example, I rolled into the SEMA show in 2017 with a formal written proposal as I had done in the past and was ready to shake up the scene, only to find that a number of sponsor companies didn’t quite care about past builds.

The scene seems to be all about who you know, not about a proposed build or what you’re capable of. I also believe the companies are tired of giving away product and getting little in return. Social media has also shifted the scene and marketing is free. The aftermarket scene in general has changed quite a bit as well and honestly “it’s trendy”. There’s a loss of individuality and it all looks the same.

CZ: If you had 1 piece of advice to give to younger enthusiasts who are building a show vehicle, what advice would you give?

Advice for fellow car enthusiast who are building; keep building! When you think something looks okay, push to make it look great. When you think you’ve done a lot of customization, push and do more. When you doubt yourself and wonder what people will think, screw it don’t worry about what people will think. In the end, it’s yours and if you love it that’s all that matters and in this industry you’re not doing it right if you don’t have haters.

I have said it before and I will say it again, the Civic was beyond its time back then and can be entered into shows today in 2018 and will be able to compete hands down. With a rebuild coming, the combination of an import build merged with the hot rod flavor will surely gain attention.

Ojee Civic Before The Re-build 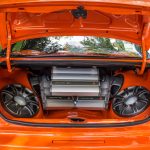 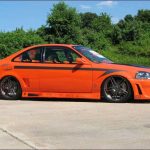 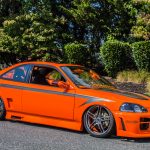 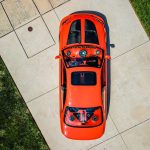 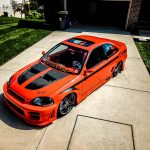 We are excited to be a part of this process and to work with Ryan Shutt and his Ojee Civic team. As stressful as it can be to make everything come together, it’s an amazing test of patience. Like I tell my team, if it was easy, everyone will be doing it. Trevor Boone from Rebel Media sent over some outstanding photos capturing the thought process of the Ojee Civic rebuild and Ryan Shutt. Although this is just the tip of the ice berg, this is a great photo to sum it up: 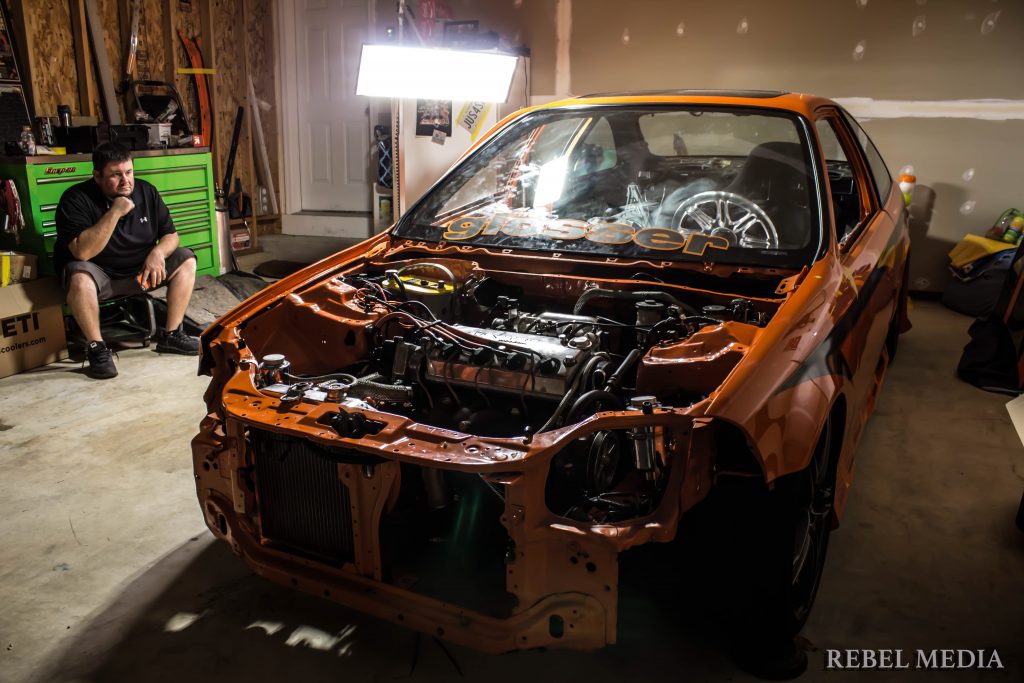 The thought process of the Ojee Civic re-build

Continue Reading
Advertisement
You may also like...
Related Topics:feature, imports