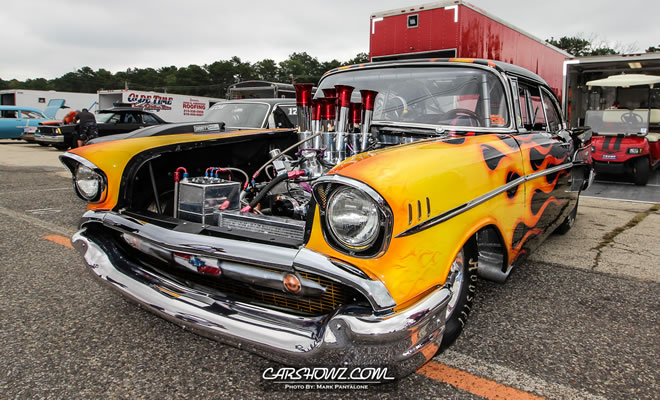 The Philadelphia Modifiers Street Rod Club Annual Fall ATCO event was hosted on September 17th and you guessed it at Atco Dragway. Check out coverage from the Yesteryear Drags below.

The Philadelphia Modifiers, established in the spring of 1955, by a group of local rodders. Some were members of Hell’s Angels Car Club, a hard core group who’s only acceptable paint job was (PRIMER). There is a story told of a rodder with a 36 Ford that had a beautiful peach paint job who repainted it in “hotrod primer” (dark gray) to join. They met at Rose Auto Parts store at Rising Sun and Wyoming St. in Germantown from 1949 to 1954. The club was run informally in the beginning with the President often acting as secretary and treasurer. Club rules were you must be 18 yrs. old to join, your car must be at least 20 yrs old (which established our early iron format). The NSRA establishing the pre. 49 format which was then adopted by the club. The club elected officers a President, Vice- President, Secretary/Treasurer at first. Secretary and a treasurer along with a Public Relations officer which became the MASRA Representative in 1983. (philadelphiamodifiers.org)