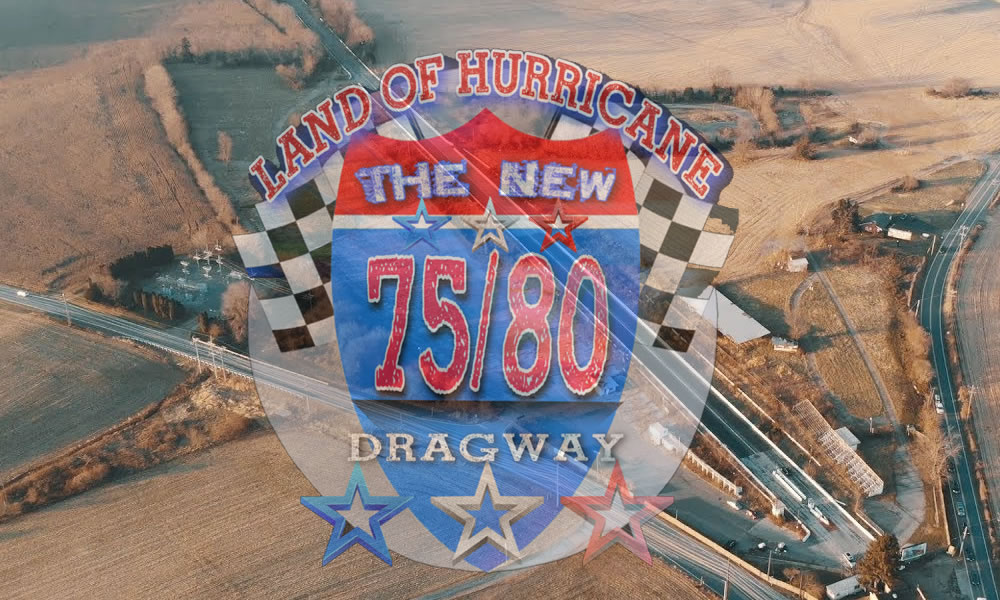 UPDATE: As of today, August 26, 2021, Hurricane Racing Tours is pulling out of the 75-80 race track. What does that mean, that remains to be determined. However, the man and team behind the manual labor and putting money back into the track is no longer doing so.

75-80 1/4 and 1/8 mile drag racing strip located near the intersections of Routes 75 and 80 in Monrovia, Maryland has had its doors closed for the past 16 years(ish) and has seen its better days. The track first opened in the early 1960’s and has closed in 2005, revitalized in 2007, reopened in 2009 and has since closed for its final time in September of 2013, so we thought. Most recently we have seen some life being breathed back into the dragstrip by the team at Hurrican Racing Tours managed by Terris Hicks.

The past month the Hurrican Team has rolled in a crew of contractors with heavy equipment to bring the track back to life. Terris has shared several updates via social media as well as sharing live feeds of the clean-up efforts via Facebook. The plan is for the 75-80 Dragway reopen its gates the second week of July with an overall goal to bring back drag racing, car shows and more.

It’s an amazing transition and the amount of work is significant. You can tell from the below video in 2016 by “Exploring the Purkz” on Youtube the state the dragway was in between the 2009 closure and through 2016 when this drone video was shot.

and the transition photos posted by FordMuscle.com via Facebook:

We look forward to seeing the track reopen and wish the Hurricane Team success in the future!