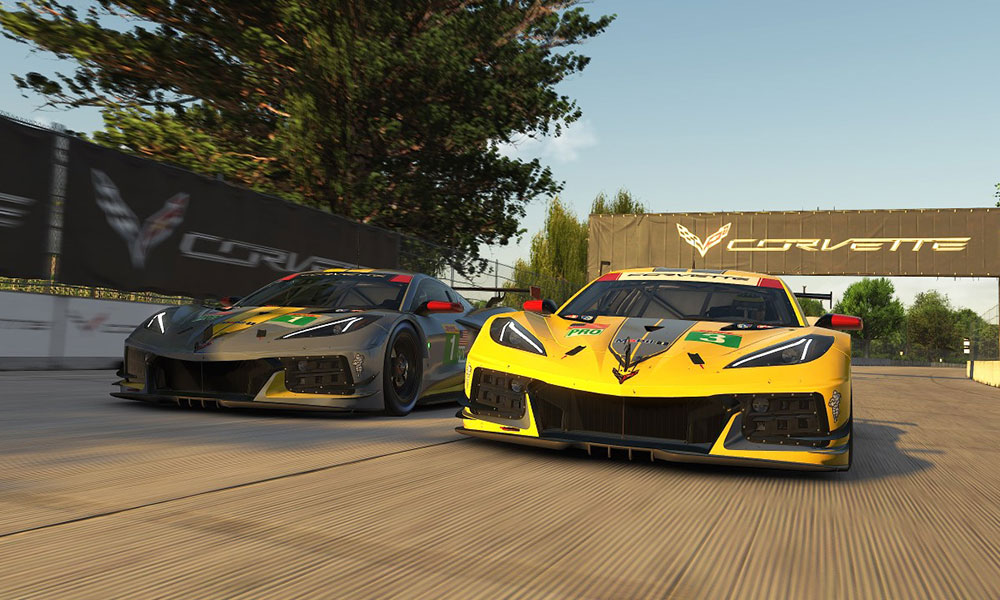 “Corvette Racing is on a roll this season with the C8.R, and we are excited for iRacing fans to experience the exhilarating mid-engine performance of this car in the virtual world,” said Jim Campbell, GM U.S. vice president of Performance and Motorsports.

“We’re excited to continue our long-standing relationship with Chevrolet as we welcome the Corvette C8.R to iRacing,” said Steve Myers, iRacing executive vice president and executive producer. “The C8.R has already proven to be incredibly popular in the real world, and our users have been requesting it ever since it made its public debut last year. We’d like to thank General Motors, Pratt & Miller and Corvette Racing for their support in bringing the C8.R to the virtual world, and we look forward to iRacers getting their hands on it for the first time this week!”

The 2020 Chevrolet Corvette Stingray made history as the first-ever mid-engine car to carry the Corvette name, and the Corvette C8.R was designed to live up to that legacy. There is a deeper level of technology transfer between the race car and production Corvette than ever before, which helps contribute to many of its advancements. The C8.R produces approximately 500 horsepower from a 5.5-liter V-8 engine and made its racing debut in the 2020 Rolex 24 at Daytona.

Dominant out of the box, the new entry took a victory in just its third race with drivers Antonio Garcia and Jordan Taylor, launching Corvette Racing into a three-race winning streak that included back-to-back 1-2 finishes at Sebring International Raceway and Road America. Within iRacing, the C8.R joins a diverse fleet of Chevrolets available to users, from both current and vintage NASCAR cars and trucks to past Corvette sports cars that have won iconic events at Daytona, Sebring and Le Mans.

The world leader in the online racing simulation and gaming market, iRacing was founded in 2004 by Dave Kaemmer and John Henry. Kaemmer was co-founder of Papyrus Design Group, developer of award-winning racing simulations, including Grand Prix Legends and NASCAR Racing 2003 Season. Henry is principal owner of the Boston Red Sox and Liverpool Football Club, as well as co-owner of NASCAR’s Roush Fenway Racing. iRacing has developed dozens of formal partnerships in the motorsport industry to help create the most authentic racing simulation in the world, and stages dozens of championships each year across multiple racing disciplines. The Corvette C8.R will be available for use in multiple series open to the public, including the IMSA iRacing Online SportsCar Championship.

Founded in 1911 in Detroit, Chevrolet is one of the world’s largest car brands, doing business in more than 100 countries and selling more than 4 million cars and trucks a year. Chevrolet provides customers with fuel-efficient vehicles that feature engaging performance, design that makes the heart beat, passive and active safety features and easy-to-use technology, all at a value. More information on Chevrolet models can be found at www.chevrolet.com.