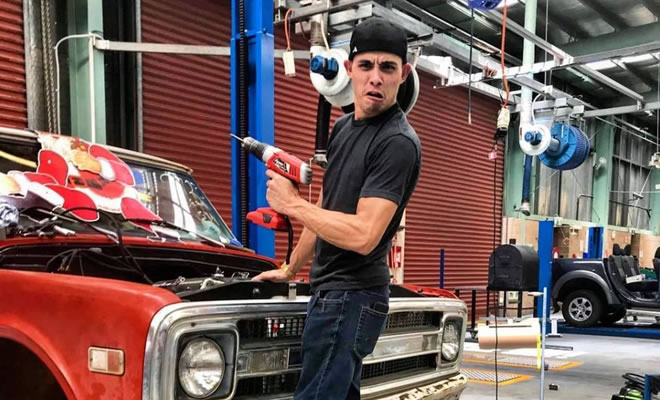 Photo via Farmtruck and AZN FB

Only 6 days away, the 31st Summernats at Exhibition Park in Canberra Australia is about to kick off. What is better than big horsepower cars doing smokey burnouts? How about a visit from Farmtruck and AZN SUMMERNATS 31 will not only welcome Farmtruck and AZN to Summernats, they will also represent the 405 by ripping it up on the skid pad. From January 4 through the 7th be sure to tune in for coverage of the event and see what the Street Outlaws duo are up to throughout the event.

If you don’t keep up with the Farmtruck and AZN Facebook page, you should, give it a like and check out what they are up to. Here are a few posts via FB of their skid truck build for the Summernats.