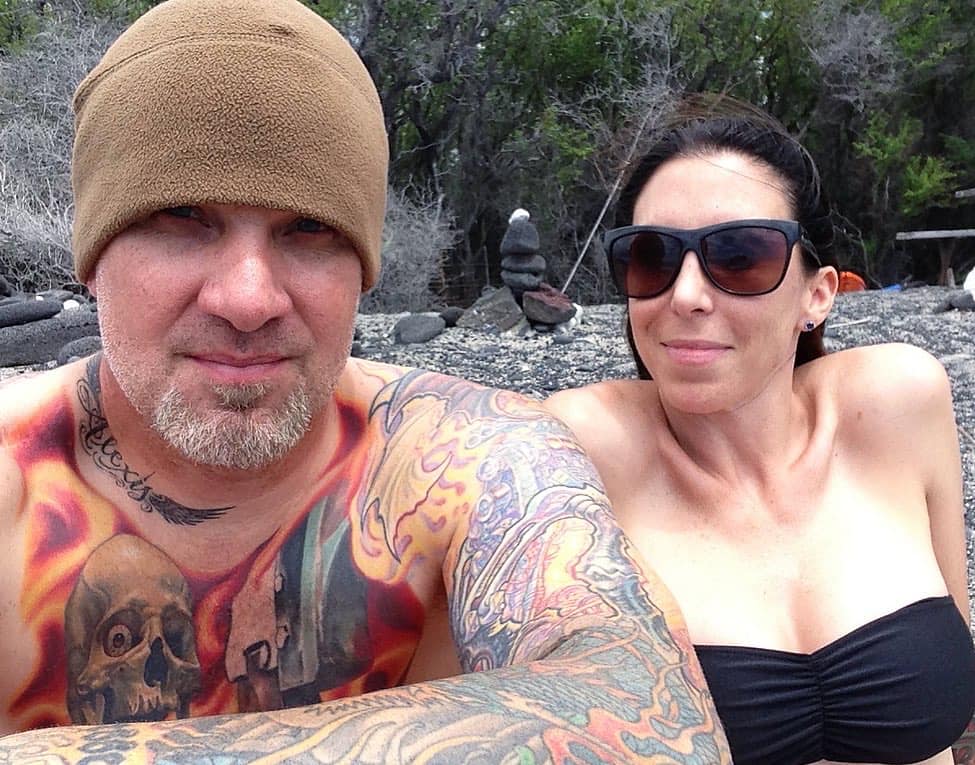 Jesse James & Alexis Dejoria Divorce: In the midst of kick-starting the Monster Garage TV series back up, Jessie James dropped a bomb on social media that he and his wife Alexis Dejoria were ending their marriage after 7 years. I’ve always wondered how the hell they have time for a marriage. With Alexis’ drag racing career and Jesse running his shop and his involvement in other countless activities, how do they do it. Knowing Jesse worked on Alexis’ drag car, you then think, they are making it work. And then this drops…

I know a lot of you have been asking if I will be attending the NHRA races this year to work on Alexis’ funny car.
Its with an incredible amount of sadness to let you know Alexis and I have decided to end our marriage. We spent close to seven amazing years together. Working on her race car for five of those years was one of the highlights of my life. Also a highlight was trying my best to be a good dad to her daughter. Something that will leave a huge hole in my heart forever. Unfortunately at the end of the day our lives were just headed in different directions. Creating a distance that was insurmountable.
I wish her the absolute best in her racing and life. I hope you can respect our privacy in this tough time.
Thank you.
#jessejames

We are fans of both Jesse and Alexis and wish them both good luck with their careers and their future. This was one celebrity marriage we were truly hoping would work out. Mad respect to them for knowing when to part ways so things did not get ugly.