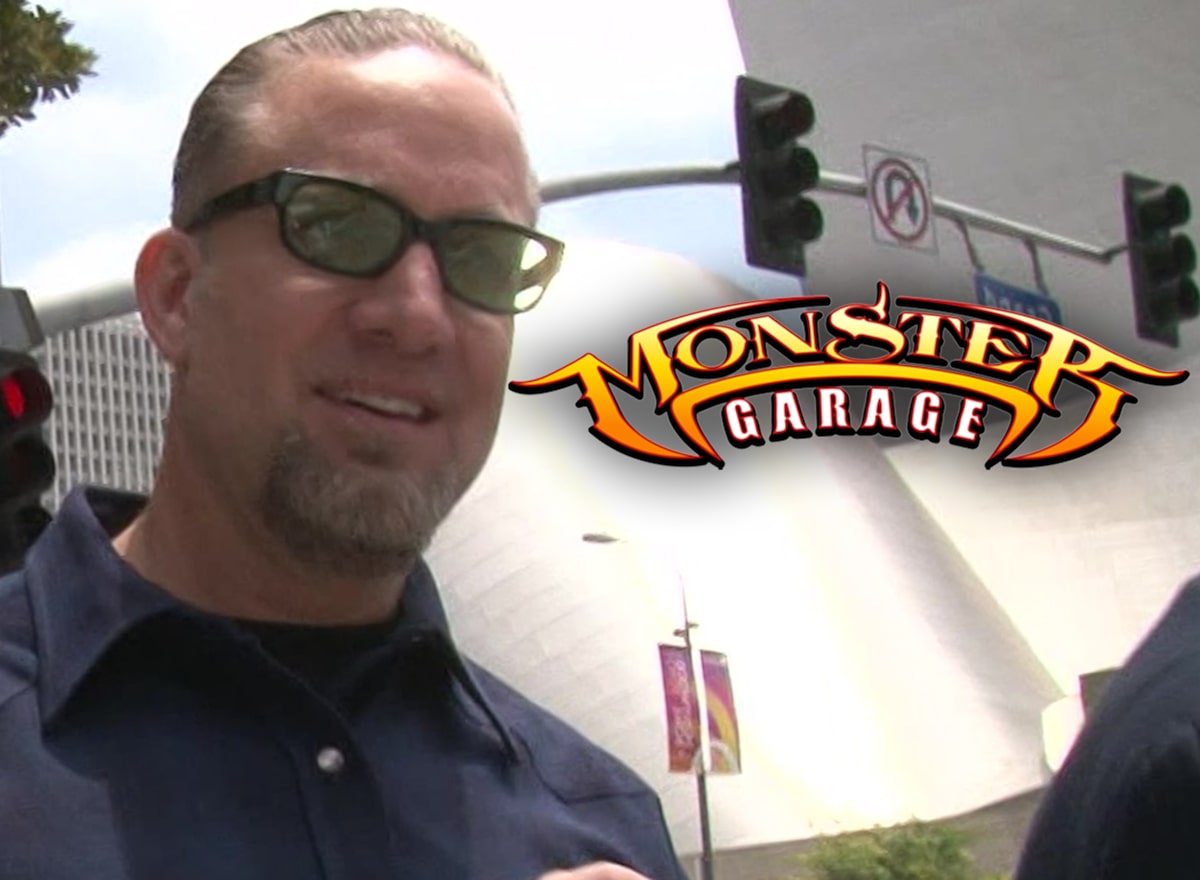 Monster Garage Starring Jesse James: We are about a month late on publishing this article, but we did not want to get everyone’s hopes up until we had a good feeling about it. As automotive enthusiasts, we are excited to see the Monster Garage TV series coming back on the Discovery Channel after a 14 year hiatus. The show premiered on June 23, 2002 and concluded on June 12, 2006. We shared the February 24th video via our Facebook page of Jesse announcing the come back with the caption, ” Welp! Time to get my ass back to work!” Jesse James’ no BS attitude, let’s get into the shop and grind personality, is easy for most wholesome Americans to relate to. I’m pretty sure the negotiations between Discovery and Jesse went a lot like this, Jesse: “My way or no way. Just let us work!”

(Los Angeles) – Fourteen years after the final Monster Machine was built, Jesse James is returning to Discovery Channel in a brand-new season of MONSTER GARAGE, produced by Original Productions. The Austin, TX resident and founder of West Coast Choppers is back with an upgraded garage, cutting-edge technology and a renewed passion for creating some of most mind-blowing vehicles to ever drive across television screens. Monster Garage will premiere later this year on Discovery Channel.

In the years since Monster Garage ended, James has traveled the world, expanding his skill set along the way. His passion for pushing the boundaries in metal-working took him to Israel where he apprenticed with Uri Hofi, considered one of the world’s most accomplished blacksmiths. Now, James is back to continue his legacy and inspire a new generation of builders. With a focus on elevating mechanical and automotive vision in the shop, James is once again looking to accomplish the impossible and will be working with some of the most talented craftsmen and women in the country.

“Jesse James is one of a kind – his builds are incredible; challenging on all fronts, but more than worth it in the end. He is bringing back Monster Garage to his Discovery home after 14 years with even more tricks up his sleeve. We are so looking forward to spotlighting his extraordinary talents on Motor Mondays,” said Nancy Daniels, Chief Brand Officer, Discovery & Factual.

“It’s crazy to think my relationship with Discovery Channel started exactly 20 years ago. After all this time I’m still excited to step into the Monster Garage,” said Jesse James. “Excited to work hard and push the limits again. Showing people what you can do with teamwork, skills, and a refusal to quit.”

“Monster Garage is the ultimate heritage brand at OP,” said Jeff Hasler, President of Original Productions.  “We’re absolutely thrilled to be bringing this iconic series back to Discovery that celebrates creativity, engineering, mechanical abilities and sheer brilliance found in the garage.”

With new expertise in forging and blacksmithing, Jesse James is more talented than ever. He’s ready to break all the rules when it comes to custom builds. Jesse James is back…and he’s just getting started.

In addition to watching the series on Discovery, viewers can check out new episodes each week by downloading the Discovery GOapp. Viewers can join the conversation on social media by using the hashtag #MonsterGarage and follow Discovery on Facebook, Instagram, and Twitter for the latest updates.

Discovery Channel is dedicated to creating the highest quality non-fiction content that informs and entertains its consumers about the world in all its wonder, diversity and amazement. The network, which is distributed to 88.3 million U.S. homes, can be seen in 224 countries and territories, offering a signature mix of compelling, high-end production values and vivid cinematography across genres including, science and technology, exploration, adventure, history and in-depth, behind-the-scenes glimpses at the people, places and organizations that shape and share our world. For more information, please visit www.discovery.com.

To check out more CarShowz features and articles, visit our blog section.