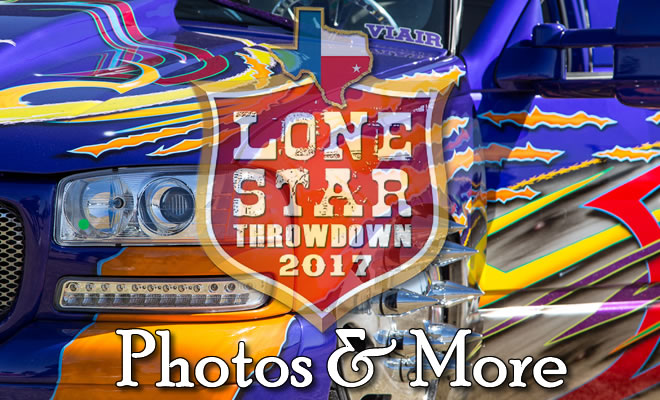 Lone Star Throwdown 2017 is in the books and with the show grounds jam packed with show vehicles (2000 total), vendors and spectators throughout the weekend, words cannot describe how great of a show this is and will continue to be.

We flew down to Houston from Maryland Friday morning, arrived around 9:30am, it took forever to get our rental car and it didn’t help with the anticipation of heading to Conroe to the show grounds, about an hour north of Hobby, where we flew into. This was our first time attending the show. In 2013 CarShowz participated as a small sponsor for LST and ever since then Lonnie, Todd and Crew have always supported us. You see, that’s what separates this show from most, they truly care about the people and the scene; and for a small website and team such as us, that means a lot.

Enough of the mushy stuff, Friday morning vendor booths were still being set-up and show competitors were getting their rides cleaned and positioned for the show. That gave us the opportunity to walk around and eye up our coverage photos for the weekend. The only downside is the amount of dust being kicked up around the show grounds, a lot of the rides were dusty which made it hard to get good “clean” shots, welcome to Texas. Aside from that, there are no complaints, I wouldn’t have changed a thing. The staff was very friendly, the spectators showed a level of respect to the photographers and videographers that I have not seen in awhile. People would instantly move out of the way, pulling their kids back, etc. I felt bad on more than one occasion because I felt like I was in the way. Whenever a show truck was cruising and they saw the camera they would instantly air out, which was cool; always gave a nod, fist bump or just a simple “what’s up.” Southern hospitality at its finest.

The quality of the builds were over the top and they covered a broad range of vehicles of different genres, anywhere from classic cars and trucks, to lifted trucks, mini trucks and a few imports sprinkled in. The spectator lot alone had more show cars in it then most local shows we have seen.

As we made our way through the fair grounds I could not focus on one vehicle, there were so many around us and I wanted to take it all in at once. I would compare LST to SEMA on a slightly smaller scale but, pretty damn close.

Some of the other highlights for me was having the opportunity to meet KC Mathieu (http://kcspaintshop.squarespace.com/) and being able to chat with him for a few minutes about his new shop, his latest SEMA build and of course we asked about Aaron. 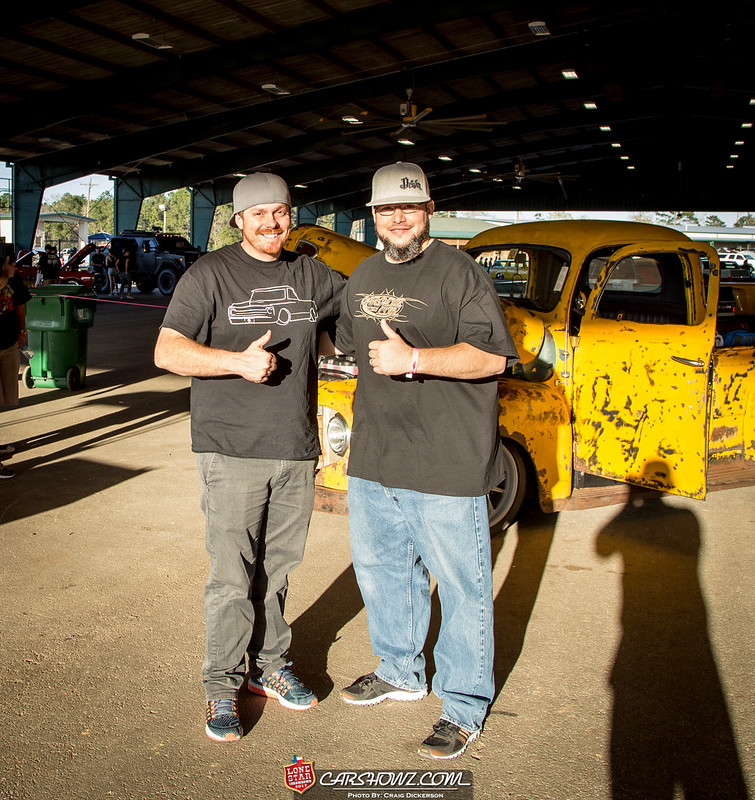 Another humbling experience is Mike M. running into the Kicker’s Social Media Rep. It was nice chatting with him for a few minutes as well. You never know who you will run into and to me it’s all about networking to help the community to continue to thrive.

See, we are BFF’s with KICKER on Instagram now 🙂

I am definitely looking forward to future LST events, a ton of hard work, time, money and energy has gone into this show and we are excited to see what the future holds.

Below are a few words from Mike Mieczkowski. I promise, I did not copy his write-up, we are literally saying the same thing and I just noticed as he just sent this to me 🙂 but, it goes to show you how great of a show Lone Star Throwdown really is.

Mike Mieczkowski, Photographer CarShowz.com – I’ve gone to hundreds of shows since 2008 and nothing can compare to experience I had at Lone Star Throwdown 2017 (LST). The event organization was something that most smaller shows couldn’t replicate. Even though the staff must have been insanely busy they were all approachable and friendly. Everything appeared to just flow and work as intended.

Truck shows in Texas are on a different level compared to the the Northeast section of the US. Aside from Carlisle events there aren’t really any shows that draw in thousands of show participants and tens of thousands of spectators. The level of builds are also on another level. At LST it was hard to take 20 steps without stopping to admire build after build. By far the best show I have been to yet. I can normally walk around an event and pick my top five favorite builds but I had a hard time trying to pick a top thirty or fifty event at LST.

It wasn’t just the staff and organization that made this such a great event. With crowds rumored to be well over 10,000 people I expected to have to wait long periods of time to get the shot I wanted. It was the complete opposite. People would see my camera and go out of their way to move so I had a clear shot. I almost felt bad at some points. Just about every mini truck that went cruising by aired out and the driver and passengers smiled or waved at the camera. Lifted truck owners were equally as friendly.

LST was just a nice event to attend all together. From the food to the people and everything in between we felt welcome. It was also nice to catch up with people I haven’t seen in a while just as nice to meet new people. Every vendor booth I went to wasn’t just trying to sell you something and have you move along, they actually were happy to talk and ask how we were enjoying the event. Nothing felt rushed. This show restored some of my faith in the truck/car scene as it can be a different story up north for all too many events.

I would like to thank the LST Crew, Sponsors, Vendors, Family and Friends for hosting an awesome show and for allowing us to have a small part in it.

Be sure to check out the shows sponsors below:

Also a shout-out to @PhilBuiltDesigns for creating the baddest trophies around. Those Canadians have some skills, Eh!

To keep up with what we’re up to, give us a follow: