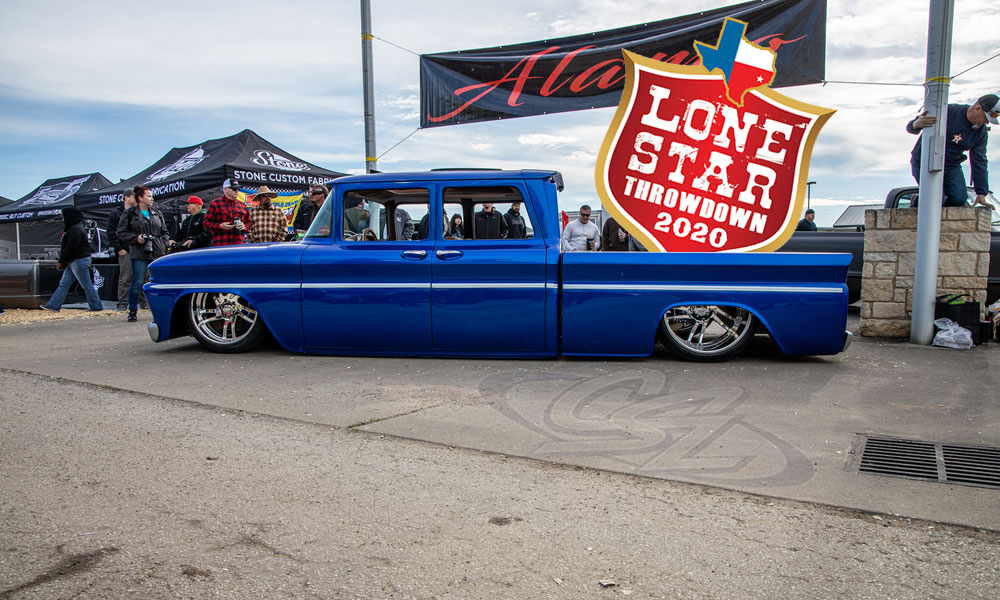 LST2020: Lone Star Throwdown 2020 kicked off from February 21 – 23 at the Montgomery County Fairgrounds in Conroe, Texas. LST is known as one of the largest Car and Truck shows in the states with 2000 vehicles registered, close to 200 vendors and thousands of spectators that literally pour into the fairgrounds throughout the three day event.

For us, this is our fourth year in a row covering the event for LST. As the show continues to scale, it becomes more and more of a challenge to cover the event, but that is not a bad problem to have! So many vehicles, so many people, obstacles and different lighting (indoor versus outdoor), but we are always up for the challenge and the show has always proven to be a great time for myself and my family!

Literally a month or two after the event, the planning process begins for the next show. When we say LST is a family, that’s exactly what it is. The Staff members who keep the event running are all family members. There’s a lot of passion that goes into the planning process to run this event and to ensure it runs smoothly throughout.

With the threat of rain each year folks on social media go a bit crazy, but as the skies clear and the sun shines, there’s always 100% chance of LST, as they say. Families roll in pretty deep come Saturday morning. It’s nearly impossible to grab photos on Saturday of the custom show rides because, there’s no chance of getting near them. We have a pretty good team and a system down for grabbing coverage throughout the weekend. With over 4,669 photos, just about 104 gigabytes of coverage and 17.3 miles of walking just myself alone, I’m pretty damn tired after the weekend…haha. Of course my job does not stop there as the photos do not edit themselves. 🙂 It’s a bittersweet moment, you want the show to go off without a hitch, because you know how much energy is put into it. By the near end of the event you are ready for it to be over. Everyone is exhausted and ready to rest their feet, but it also means most of us have to part ways until next years event when we do it all over again, which is a sad moment to leave your LST family.

The past two years I have started to bring my family (wife and two Daughters) along with my buddy Craig and his son Grant. In 2017 was our first year of attending LST and the following year is when Lonnie asked us to come back to cover the event, specifically for LST. I knew I could not cover this show alone. With as many show vehicles, crowd shots, vendors and doing mini shoots during the event to capture photos for flyers, etc. it is definitely a daunting task. However, four years later, I cannot see myself missing this event!

The majority of the vendors are all car and truck people and have been in the scene for awhile now. Without them, events like this would not exist. We would like to give a shout-out to the title sponsors: Power Stroke Enginuities, All Out Offroad Performance, Accuair, Summit Racing Equipment, Phat Phabz, American Force, Kicker Performance Audio, Alamo Customs. In addition to the title sponsors there are so many more vendors to list from apparel to food and everything in between. There was a jewelry vendor who made custom jewelry using fabric swatches from old car magazines. How cool is that?!

There were so many well-rounded builds at LST2020. This year we had the honor of choosing a CarShowz Choice award which made our job that much harder. Multi-tasking at its best. We needed to cover the event, but at the same time keep an eye out for our Choice award which was not easy given how many awesome rides there are. However, we were able to narrow it down and made our choice. Check out some of the highlights from the LST2020 trophy winners…

The Lone Star Throwdown 2020 Best of Show went to Mike Barcia with his 1996 Chevy Dually “No Compromize.” The build is amazing in itself, but I do have to mention the display definitely highlights the features throughout the build. Some folks need to take note, #displaysmatter please get rid of those hideous stuffed dolls / animals and all of the crap some folks put around your cars or trucks. It takes away from the build. Take note of Mike’s display and how it accents the build. [end rant] Sorry Mike, your build is amazing and winning BOS is well deserved.

The CarShowz Choice Award went to Chuck Velazco with his 1955 Chevrolet 3100. Unfortunately, I was not able to get detailed photos, hell I didn’t even get to shake Chuck’s hand since he was already on his way back to Florida during awards. I do hope to catch up and do a photoshoot at some point. Trip to Florida anyone?

Another one of our favorites is Bill Glud’s 1963 GMC Truck sitting just outside of the American Force arena with Alamo Customs. I messaged Bill first thing Saturday morning to see if I can grab the below shots. I knew as soon as the gates opened that the crowds would surround Bill’s truck and we would not stand a chance of getting a good shot. Bill met us just after the gates opened and I grabbed some shots.

The story behind Cale Kern’s 1963 Chevrolet C10 truck is what caught our attention the most. As we walked the fair grounds searching for our choice award recipient, my buddy Craig pointed out Cale’s ’63 C10 and the story behind it. The truck was literally built from the ground up by Cale and his Daughter. There were so many one-off custom details throughout the truck that blended in well with the original manufacture design. And yes, given how many photos we took, we were absolutely in love with this truck!

There were so many cool builds throughout the show that caught our attention. Like Cody Stoute’s 1941 Ford COE that won the River City Choice Award. Cody drove his COE to Texas and noted that the top speed was only 62 mph which is the slowest trip he’s ever taken.

This one-off custom Slingshot grabbed my attention as well…

I found myself going back to Dan Smalley’s 1955 Chevrolet Crew Cab, multiple times because of the amount of detail throughout the build. What an amazing build!

There are so many more builds I would love to share, but I made a promise to LST that I would hold out and keep some coverage for them to share. So with that said, be sure to tune into the Lone Star Throwdown Instagram page as photos will be shared throughout the year. I will sneak some teasers in via our @carshowz Instagram as well, but not too many 😉 Be sure to give us a follow!

Here is some of the boring stuff for you, but some Photographer hobbyist may appreciate. Leading up to LST2020 I’ve been shooting with a Canon 6D. I’ve been eyeballing the EOS R and was on the fence with it being such a new camera and newer technology for Canon. I ended up purchasing the Canon 6D Mark II and overall I was not satisfied. So, I popped for the EOS R right before the event.

I shot one other indoor event prior to LST and was still on the fence on how the camera performed. The focus points took a bit to get used to and the electronic viewfinder; well, I am still not used to it quite yet. I ended up shooting the majority of the event with live view. Overall I am happy with the photos that the Canon EOS R produced. Particularly the night shots I grabbed using a tripod, connected the camera via wifi to my phone and triggered the camera remotely for less movement / shake. Low lit areas like during trophies the camera struggled a bit with the lighting / focus. I used my speed light but it is a bit dated and struggled to keep up one hundred shots into trophies. I was able to post process most of the trophy photos, so overall they did not come out that bad.

I figured I would share this tidbit of information with you guys, I know some have asked how I liked the camera and I wanted to provide some feedback.

As you can get a small glimpse of the amount of work that goes into this show by the few photos above; this show is driven by the passion of the Staff to bring a well-rounded event to us, the enthusiasts. It’s up to us to continue to support the scene and help make shows like this possible.

If you are into custom rides, add this show to your calendar. Start planning now for next year! Registration begins in a few months, DON’T MISS THE NEW YEAR REGISTRATION DEADLINE!

Lastly, let’s continue to keep the riff-raff out from these shows. I can assure you #doingitforthegram is not going to get you anywhere in life kids.

Be sure to check out our friends and their LST2020 coverage: Our Lifestyle Podcast, Mini Truckin Takeover, Mad Gear Hot Rod Apparel

To check out more of our past show coverage, visit our Car Shows photo gallery, here.