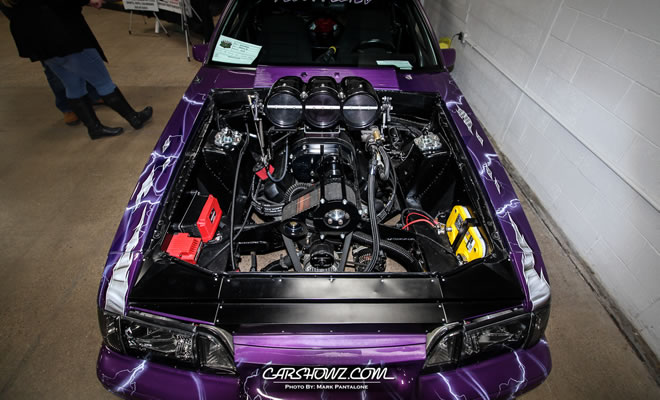 Mark Pantalone headed out to the Mid-Atlantic Indoor Nationals 2018 hosted at the Greater Philadelphia Expo Center in Oaks, PA.

Check out more via the Mid-Atlantic Indoor Nationals 2018 website:

The late Armin Hostetter started putting on Automotive Events in the 50s. Armin and his three sons have owned and operated Trail way Speedway (Hanover, Pa) for over 68 years and Motorama Events (Harrisburg, PA) for 40 years. Sons Brad, Barry and Perry are a 7th Generation family raised in Hanover, Pa. They have been producing Motorsports events most of their lives and they continue to carry the family name and traditions into the next generation.

Andy Goodman; Executive Producer of Motorama Events, East Coast Indoor Nationals and now the Mid Atlantic Indoor Nationals will be responsible for all marketing, sponsorship coordination, vendor sales and placement in the event. Andy was a car guy before he could crawl, he has traveled on an international level working shows from coast to coast and abroad having produced events in England, Venezuela, Indonesia and Canada and is well versed in all the modern technology in today’s vehicles. Andy has produced and judged more than 300 events in the past 20 years, is a published author in the automotive segment and has been published in more than a dozen various industry journals writing for some on a regular basis. Andy was also inducted into the Diecast Hall of Fame for his model car collections as he has one of the largest collections on record in the world.

Dan Swisher “Swish” Show Manager, of Motorama Events, East Coast Indoor Nationals and now the Mid Atlantic Indoor Nationals will be responsible for all vehicle registrations, floor plans, setup and overseeing judging. Swish as most people call him has shown cars since the late 60’s, in the early 70’s he started to compete on a national level and since then he has won many national and international awards. His vehicles have been on TV, in magazines and newspapers around the country and Canada. Years ago Swish got into judging, he grew tired of all the unfairness going on, his favorite saying is when someone pays to enter an event, all he’s asking for is to be treated fair. Swish was head Judge for Carlisle for 5 years, judged for Ohio Camero Club, Super Chevy Show, Cruise to the Show on Long Island, North East Rod & Custom Nationals and many smaller shows in the area.

We hope you will be joining us, as a vehicle exhibitor, vendor, sponsor or spectator. If you are an automotive enthusiast you will want to clear your schedule for an extended weekend of automotive history, culture and fun at the Greater Philadelphia Expo Center in Oaks, Pennsylvania. We hope to see you there.

Check out more car show coverage via our coverage section of our website: https://carshowz.com/car-show-and-track-coverage-photos-and-videos/