Mobil 1 and Red Bull Racing at SEMA Ignited 2017 kicked off the Forumla Drift show case with Max Verstappen rippin’ up the drift track in his Formula 1 race car. Check out the video above… 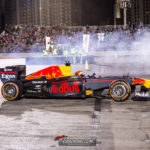 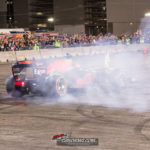 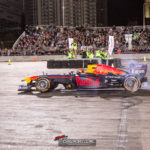 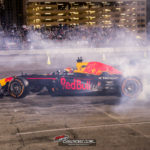 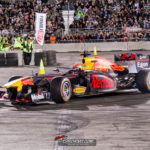 Max Emilian Verstappen was born in Hasselt, in the east of Belgium, on September 30, 1997. Motorsport was in his blood: father Jos was competing in Formula One racing at the time – in fact he competed for Tyrrell in Japan 10 days after Max’s arrival – while mother Sophie Kumpen was a successful, and extremely quick, kart driver.

Max followed suit. Aged four, he received his first kart. In his first three years, he won nearly every race he entered. He had soon graduated onto the national and then international scene, again with emphatic success. His ascent culminated in an outstanding 2012, as he swept all before him to become a European and world karting champion. Read more about Max via Forumla 1 website.

Continue Reading
Advertisement
You may also like...
Related Topics:drifting, racing