Since I had never driven a supercar nor driven full throttle on a racetrack, I wasn’t sure what to expect. Fortunately, no experience is needed.  The folks at Speed Vegas walked me through the process.

Upon arrival, I did the standard check in.  I made my reservation in advance, so they confirmed my selection and valid driver’s license.  Like any thrill ride, I had to complete a liability waiver.  Unlike some other driving experiences I have seen, insurance is included with your rental; so there was no upselling or pressure to buy something I probably wouldn’t need.

After I signed in, I was allowed and encouraged to go check out all of the supercars, which was good since I had about a half hour before my technical briefing started.  I quickly headed outside to the paddock to take a look around.  I mean, how often do you get to walk right up to 30 supercars all in one place?  Oh yeah, driver’s and their guests are allowed to open the doors and sit in any car they choose. This was a new, but welcomed, experience for me since I am used to going to car shows where the first rule is “do not touch someone else’s car.”  I chose to sit in a Lamborghini Huracan, an Acura NSX, and a Ferrari F430 F1. You can describe all of them the same way.  They sit very low to the ground, have leather on just about every surface, and there are lots of switches and buttons. The other thing they had in common was no third pedal for a clutch.  This is true of every car at Speed Vegas, though you do have the option to drive with paddle shifters or go fully automatic.

While outside, I headed up to the paddock overlook.  From there, I could see the entire 1.2 mile track. At any one time, there were about five supercars on the track. On occasion, the ride-along drift car would join in on the action.  I could also see the Super-Kart track, where go-karts reach speeds of 45 MPH.  Finally, behind the racetrack, I could see the off-road course where folks were jumping Baja trucks five feet into the air.

When it was time, I went in for my technical briefing.  They covered the basics of braking properly for a turn, accelerating with control, and how to safely pass a car (if needed).  The course markings were also explained; so I could recognize the braking zones, the apex of the turns, and the acceleration zones.  I also learned that I would be accompanied by an instructor at all times, which was a great thing in my case because in the heat of the moment, it was difficult to remember all of the instructions.

Next up, we headed outside. In groups of three we piled into a Porsche Macan SUV with an instructor driving. The purpose is to take you out on the track to get familiar with the track, without worrying about actually trying to drive too.  We took the first lap at typical highway speeds.  Even at 55MPH, you could start to feel G forces slightly in the turns.  On the second lap, the instructor pushed the Macan pretty hard, squealing tires around some of the tighter turns, while calmly announcing to the group what was going on the whole time.  As someone who suffers from motion sickness, that second lap left me feeling a bit nauseous.

After giving myself a 30 minute break, it was time for my drive.  I got fitted for a helmet sock and helmet before heading back outside. I met with my instructor Steve who helped me get situated in the Ferrari 488 I had rented.  Steve helped me get my race seating position correct, which is about 3” closer than normal with my arms and legs slightly bent.  One thing to note is that I didn’t have to adjust any mirrors because on the track, it is the instructor’s job to watch the mirrors so I can remain focused on the road ahead.  This is one of the ways that Speed Vegas is able to let anyone drive, regardless of track experience.

With my seat belt fastened, we were off.  Well, not actually.  I had to learn how to put the car in gear.  Apparently, the Ferrari has what I would call automatic parking mode.  It happened so quickly that I never got to ask.  But without pressing a button to go into Drive, I put my foot on the brake, tapped the “up” paddle shifter, and the car shifted from Neutral to first gear.  Now we were ready to go.

We approached the track and waited for an opening.  Instructor Steve gave me the go ahead and I put my foot to the floor.  On the track, Steve’s job is to continuously talk to me, giving instruction on when to up shift, down shift, brake, and accelerate. Did I mention that anyone can do this regardless of track experience? Steve also reminded to course correct to stay in the race line.

On my first lap, I realized that I was driving the Ferrari a bit like a daily driver.  I remembered to brake hard, but I wasn’t getting the throttle to the floor.  As I approached the straightaway on my second lap, I fixed my mistake and put the hammer down.  There was so much going on that I didn’t notice my top speed, but I have to think that I hit at least 120MPH.  With a bit more experience, they say that drivers can hit about 140MPH.

On the track, I was able to take corners way faster than I can (or should) on the street.  Well, remember that motion sickness I mentioned before?  Although I am typically OK if I am the driver, that is not the case on a racetrack.  After two of my five rented laps, my head and stomach couldn’t take anymore and I had to tap out.

So although I had to cut my ride a little short, I have to say that it was a fun time.  I learned about the basics of racing.  I was hand ons with cars that typically I wouldn’t dream of touching.  I got to ride along on a hot lap with an instructor.  And I did drive a Ferrari without a speed limit.  I admit that I was a bit nervous about driving a supercar given my lack of track experience; but the folks at Speed Vegas made me comfortable, taught me a thing or two, and showed me a good time.

Speed Vegas is located 14200 S Las Vegas Blvd, Las Vegas, NV about 12 miles South of the strip.  They are open 7 days a week from 9am-5pm.  You can find more information at https://speedvegas.com. 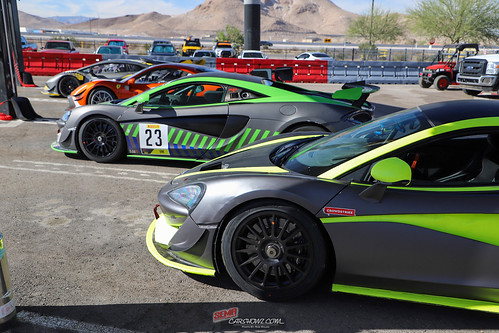 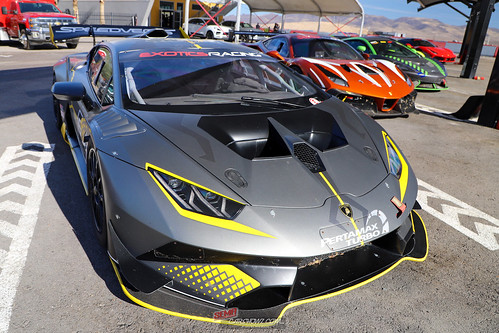 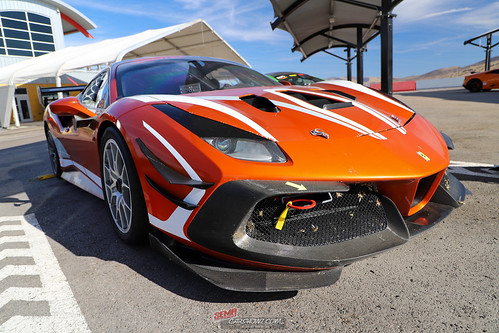 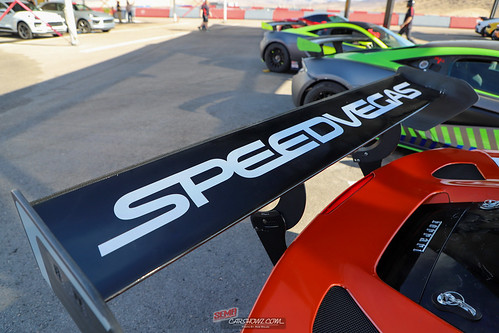 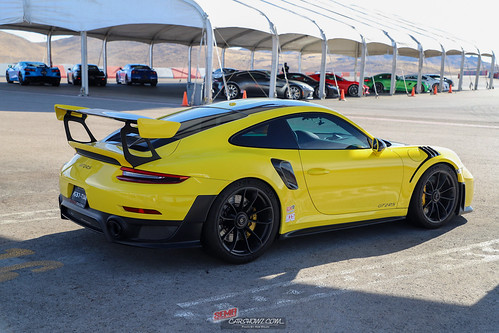 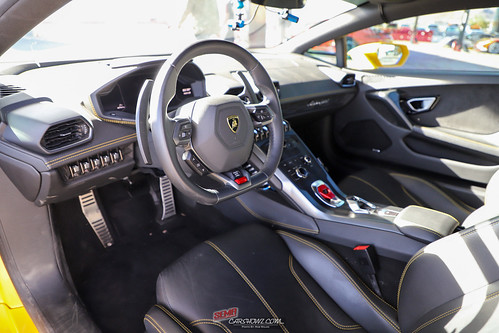 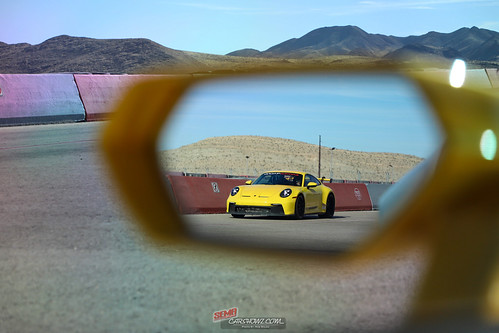 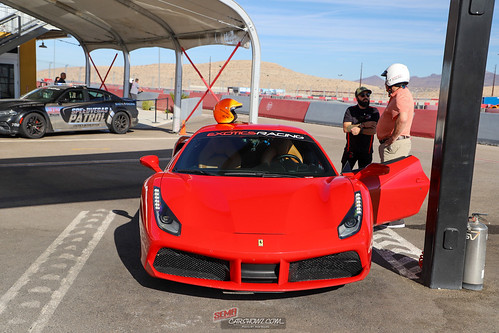 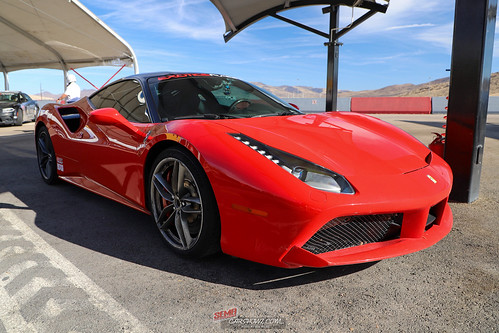 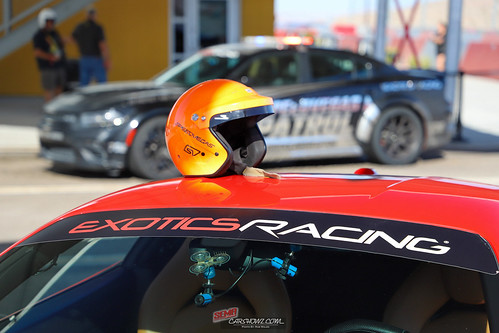 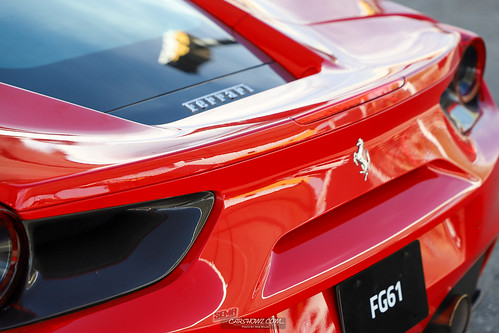 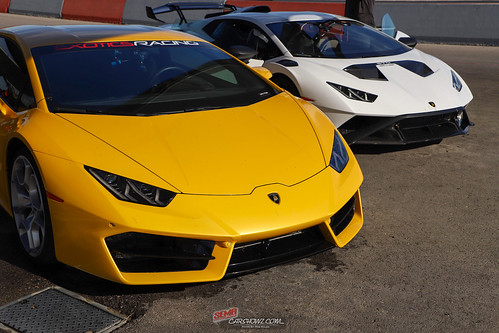 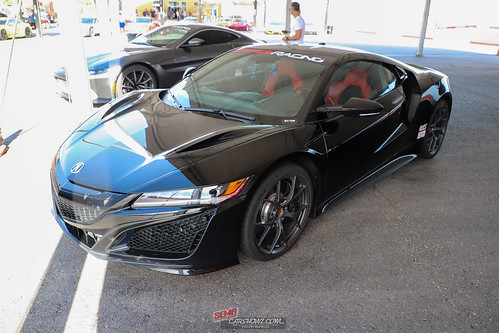 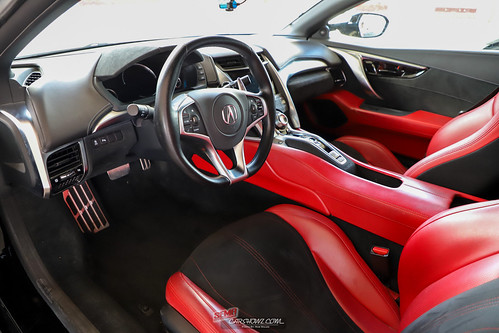 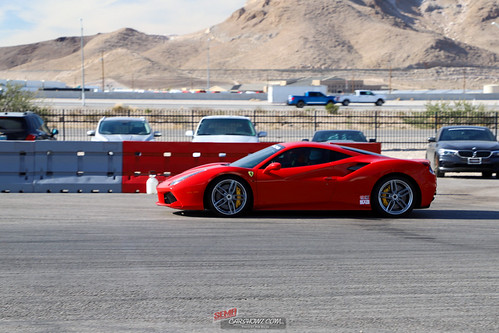 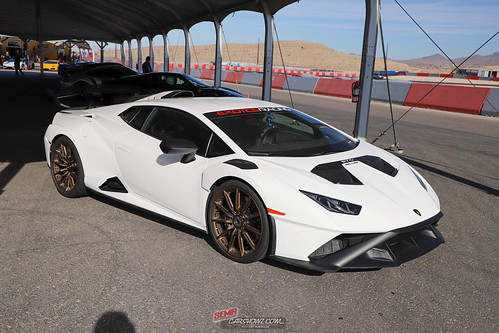 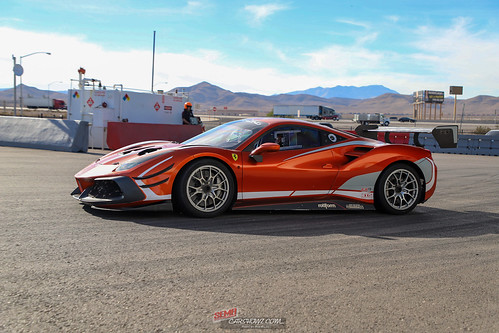 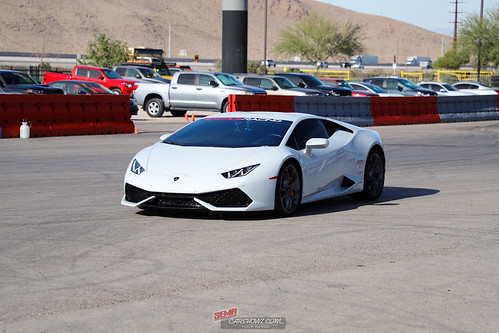 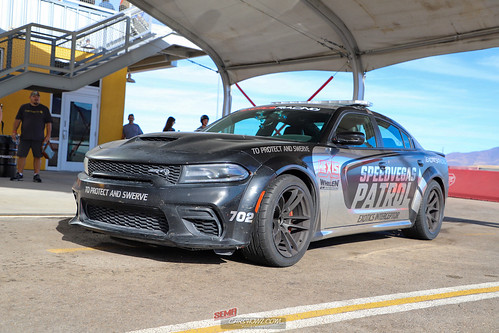 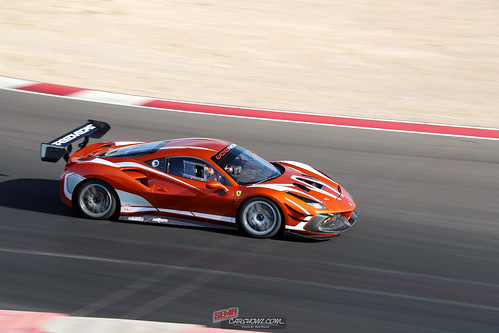 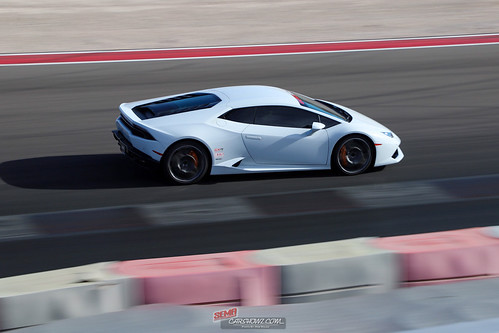 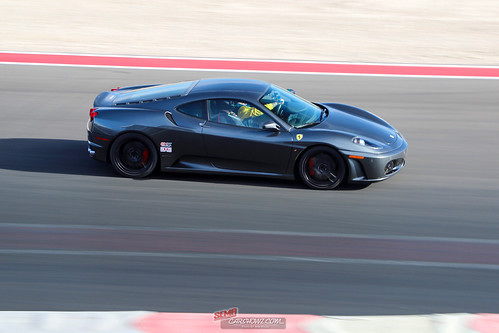 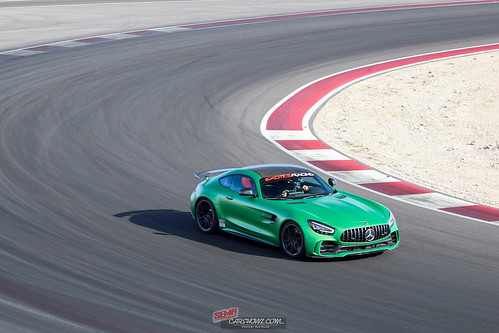 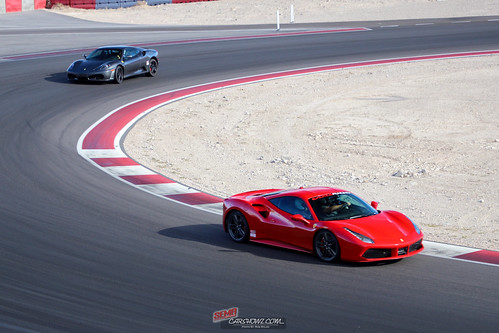 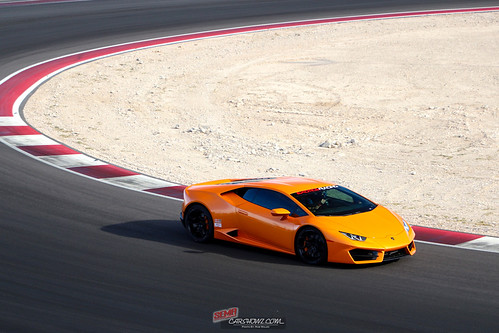 Continue Reading
Advertisement
You may also like...
Related Topics:feature, racing